US pop culture has struggled to come to terms with Trumpism 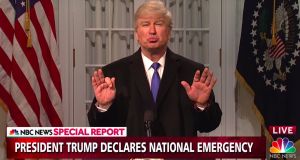 Any analysis of Donald Trump’s effect on US pop culture should begin with the story of how a Korean pop band disrupted the president’s now notorious rally in Tulsa. It scarcely matters if the tale has been exaggerated. The point is that an act from east Asia – not Taylor Swift, not Ariana Grande, not Post Malone – appeared in all reports on the sparsely attended event.

Before the June bash, Trump’s officials claimed that close to a million people had requested tickets, but the president ended up speaking to a little over 6,000. News later emerged that fans of BTS, the stratospherically successful K-Pop band, had mischievously reserved thousands of spaces they did not intend to use. Weren’t the Americans supposed to be making their country great again?

The farrago neatly summed up a period in which American pop culture struggled to engage with the Trump phenomenon while the rest of the world cut away at the market.

One could reasonably argue that it takes a while for culture to catch up with the political wave. Yet, by the close of the 1960s, American pop music had already fastened in on the tyrannies of Richard Nixon. “Tin soldiers and Nixon’s coming/ We’re finally on our own,” Crosby, Stills, Nash & Young sang in Ohio from 1970. The song was released just a month after the Kent State college shooting. Nixon had been in office for a year and a half, but he was already the subject of endless representation in music, TV and films.

One of the more bizarre phenomena of 1970s US cinema was the stream of conspiracy thrillers that captured the mood of Watergate months and even years before the scandal actually broke. Alan Pakula’s Klute emerged in 1971. The same director’s The Parallax View arrived in 1974. The latter film opened as rumours about a break-in at the Democratic National Committee began to go public. Nixon was an unavoidable figure in popular culture. Opponents didn’t just gripe about him; they turned their complaints into art.

Looking back at television, film and music of the past four years, one gets the sense of artists still reeling semi-conscious from the shock of Trump’s election. We can find a few explicit representations of the man. Alec Baldwin gave us a cuddly tyrant in the increasingly appalling Saturday Night Live. Brendan Gleeson was excellent in the otherwise sluggish The Comey Rule. But locating any wider Trumpian flavour in the culture is a harder business.

Moonlight’s victory at the Oscars in 2017 suggested that a fresh, more diverse energy was taking over awards season. Two years later, Green Book, a film about race little more sophisticated than Guess Who’s Coming to Dinner from 1967, took the award and confirmed that the steak-eating voters of the Midwest had not gone away.

Steven Spielberg’s The Post, tale of the Washington Post’s engagement with the Pentagon Papers, was one of the more conspicuous – yet still oblique – reactions to the Trump ascendency. The director was planning another film when Trump arrived and, eager to stand up for old-school journalistic values, turned his tanker around to deliver The Post in double-quick time. One could not, however, see that as any beacon for future resistance. The Post is essentially an entertaining variation on the genre that Pakula perfected almost 50 years earlier.

A few months after Trump’s election, the singer Amanda Palmer, no stranger to controversy, caused some rolling of eyes when she announced that “Donald Trump is going to make punk rock great again”. It was a clumsy comment (even if she meant well) and, as things transpired, it wasn’t even true. Palmer seemed to be imagining a wave of artistic resistance to compare with, say, the post-punk kick-back against Margaret Thatcher in the early 1980s.

Plenty of actors, artists, musicians and writers have given out about Trump in interviews. The cast of Hamilton told Mike Pence off when he attended a performance of the smash show in late 2016. But the art didn’t reflect that anger. You could make a case for the TV series Watchmen. Jordan Peele’s Get Out was written before Trump’s election, but still offered commentary on the coming shifts in racial politics. None of this bears comparison with the wave of angry popular culture that arrived during the early years of Nixon.

The rest of the universe hardly cares. Parasite’s best picture victory at the Academy Awards a few weeks before lockdown – the first ever by a film not in English – suggested that certain long-standing hegemonies were weakening. BTS, another emanation of South Korea, are unstoppable. As Covid-19 hit and US films vacated their scheduled slots, another more powerful symbol of American decline emerged from the mist.

It now seems likely that, for the first time ever, a “foreign language” movie will be the highest grossing of the year worldwide. The Eight Hundred, a Chinese epic, has already gathered $440 million. Nothing is catching it.

Somehow this has not become an election issue.