Why are all these useless films now being declared classics? 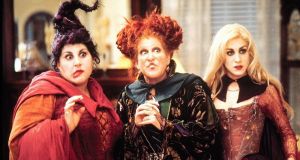 Hold on tight. Another useless film from somebody else’s adolescence has been declared a classic. We have, in this place, already written about the series of ho-hum 1980s flicks — The Goonies stands out — that have gained underserved protected status in the decades after release.

It seems the urge for popular re-evaluation has now reached the current century. “Did this entirely dreadful film somehow become a classic and nobody told me?” Guy Lodge, critic for Variety and others, writes on the social. The tweet refers to a recent article in Entertainment Weekly. “A holiday diamond in the rough: An oral history of The Family Stone,” the headline above Samantha Highfill’s piece promises.

Fret not if the words “The what-now who-now?” just passed through your head. Released in 2005, Thomas Bezucha’s The Family Stone was an undistinguished Christmas drama concerning the doings of a frightful New England clan. Claire Danes, Diane Keaton and (remember that name) Sarah Jessica Parker starred in a film that received what might kindly be called “mixed reviews” before spluttering to modest box office returns. It now seems as if seasonal force-feeding has belatedly generated an audience.

More dramatic still is the recent, apparently unstoppable resurgence of Hocus Pocus. “A dreadful witches’ comedy with the only tolerable moment coming when Bette Midler presents a single song,” Gene Siskel wrote on the film’s release in 1993. Co-starring Kathy Najimy and (her again) Sarah Jessica Parker, the film opened at a poor number four in the US box office charts. Within weeks, it had plummeted into financial oblivion.

Nobody was lobbying for a Hocus Pocus ride at Walt Disney World in 1993, but you shouldn’t bet against that happening soon: Over the recent (admittedly most peculiar) Halloween period, the lumbering, broad comedy became, on rerelease, the second-highest grossing film at the UK box office. Half a million quid is not chump change in the time of Covid.

This will not have surprised Disney, which, in October 2019, acknowledged the film’s unexpected cult status by announcing an imminent sequel. A few weeks ago, the Divine Miss Midler – against whom we will not hear a word – confirmed she would be up for the return match. Not bad for a film that nobody much liked and nobody went to see 27 years ago.

There is little point wasting keystrokes with critical demolitions of these unlovely entertainments. When David Bowie died, more than a few rolled eyes at the bafflingly widespread belief that Jim Henson’s embarrassing Labyrinth — a colossal flop on release in 1986 — was some sort of milestone in his career. Like older East Germans objecting to the sentimental nostrums of Ostalgia, we stood outside waving placards, but the film continued to play in revival houses.

All this noted, the phenomenon is separate from that which saw films such as It’s a Wonderful Life, Withnail & I, Blade Runner and (going further back) La Règle du Jeu rescued from initial critical and financial embarrassment to claim a place in the cinematic canon. But neither The Family Stone nor Hocus Pocus is likely to figure in Sight and Sound’s decadal poll of greatest ever films. The British Film Institute will not be commissioning Mark Cousins to write monographs on them (though he may love both, for all I know). This is a popular resistance against establishment consensus. Fair enough.

What unloved, financially unimpressive film from the last year or so will repeat the trick for Generation Z?

Even for those writing within the tent, it is hard to resist the argument that some of this kickback is justified. So many of the films in this category, unlike most in the critical corral, celebrate friendship between women and the embrace of difference. It would take a hard heart to object to the abstract notion of celebrating sisterhood with a trio as delightful as Midler, Najimy and (always with us) Parker.

Strain as I might, however, I cannot bring myself to pretend that Hocus Pocus — the reality, not the ideal — is any more deserving of affection now than it was in 1993. Like so many revived entertainments, it has been savoured by those who grew up with it and cherished as an instant source of nostalgic comfort. Proust had his madeleine. Gen X has Labyrinth. Millennials have Hocus Pocus. (I’m not telling you what I have.)

Here’s the question. What unloved, financially unimpressive film from the last year or so will repeat the trick for Generation Z? It’s tempting to plump for Cats, but that ignores an important factor here. Hocus Pocus and The Family Stone, like It’s a Wonderful Life before them, have the decided advantage of a seasonal connection. The former plays on TV every Halloween. The latter plays every Christmas. That’s how so-so films such as The Holiday and Love, Actually gathered loyal followings.

Do not underestimate the chances of Paul Feig’s Last Christmas becoming the Hocus Pocus of 2030 (or so). That was the weird rom-com in which Emilia Clarke and Henry Golding romanced to the strains of Wham!’s back catalogue. It was cheesy. It was clunky. It got terrible reviews. It’s the perfect candidate.