Who was Red Hugh O’Donnell? The ‘fiery’ symbol of Gaelic resistance 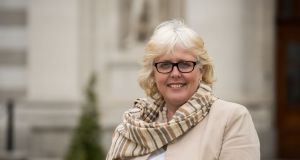 In the play Friel invites us to imagine Red Hugh’s character and personality just after his daring escape from Dublin Castle, where English officials had incarcerated him for four years, and before the onset of the Nine Years War (1594-1603) fought between Elizabeth I and these Gaelic lords that resulted in the completion of the English conquest of Ireland.

Friel portrayed the youthful Red Hugh as fiery, headstrong, quick-witted, passionate, committed to Catholicism, and to the preservation of the values, language, and culture of the Gaelic world into which he had been born and reared.

Above all, the determination to rid Ireland of its English overlords drove Red Hugh, as he allied with O’Neill and other local lords and sought diplomatic and military aid from the Spanish Habsburg king, Philip III.

Though limited and often biased against Red Hugh, extant historical records largely validate Friel’s representation. They also recapture the complexities of Red Hugh’s highly militarised world, where local lords raided for cattle and reduced neighbouring lords to submission, and show Red Hugh to be a wily negotiator, an effective and pragmatic power broker, and a brave soldier.

There is no extant portrait or visual representation of Red Hugh though a contemporary suggested that he was “above middle height, strong, handsome, well built”.

If discovered intact, Red Hugh’s skeleton will reveal much about his stature and height, and possibly provide evidence if he suffered from childhood diseases, malnutrition, injuries (aside from the big toes he lost to frostbite after his 1591 mid-winter escape from Dublin Castle) or fractures, possibility associated with his martial lifestyle. Technology might allow researchers to recreate some of his facial features and to imagine what he looked like.

Molecular analysis, especially of his teeth, might provide insights into what he ate and whether his diet changed over time. Remarkably, it will tell us how old he was when he was weaned as a baby and thereby provide a glimpse of Gaelic women, who are so absent from the historical record.

Whatever important discoveries science might hold about unlocking Red Hugh’s life, it will be important to find an appropriate and dignified resting place for a man who for centuries has symbolised resistance and Gaelic identity. That moment might be marked with a performance of Making History by Brian Friel, another great Donegal man.