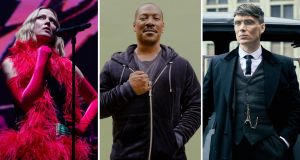 An online dictionary explaining the meanings and origins of more than 45,000 Irish and British surnames is being made accessible to all in the hope that it might help bring families separated by Covid-19 closer together.

For the next week, people will be able to tap into the Oxford Dictionary of Family Names in Britain and Ireland for free and find out where their surnames – and so perhaps their ancestors – came from. If nothing else, it might be a welcome break from the virtual family quizzes and bingo games that have stood in for face-to-face contact so often during lockdown.

What kind of information does it contain? It includes every surname that currently has more than 100 bearers, and all those that had more than 20 bearers in the 1881 census. Each entry includes details such as variant spellings of the name, an explanation of its origins, including the etymology, lists of early bearers and geographical distribution.

Look up the name Murphy, for example, and it reports 58,873 recent occurrences in Ireland and 63,302 in Britain. It also explains that the name comes from the Irish “Ó Murchadha or Mac Murchadha, meaning ‘descendant (or son) of Murchadh’, a personal name from muir ‘sea’ + cath ‘battle’, ie ‘sea-warrior’”. In the mid-19th century Murphy was a particularly common family name in Cork and Wexford, it says; in Britain in 1881, the name was found mainly in Lancashire, Yorkshire, London and Glasgow.

Mike Collins of the UK’s Arts and Humanities Research Council, which is working on the initiative with Oxford University Press, says people are also being asked to share photographs and objects they feel capture their family story.“This amazing database covers tens of thousands of family names and was made possible by careful and painstaking research over many years,” he says. “It feels appropriate to give people free access to this searchable database for a week. At a time when many family members are apart, it will help bring people together as they discuss the biographies of their surnames.”

The dictionary was compiled by a team of researchers from the University of the West of England, in Bristol. Richard Coates, the university’s professor emeritus of onomastics, who led the research, says: “There seems to be perpetual interest in where surnames come from. It can be an excellent way of helping people begin to trace their family histories.”

His favourite surname is Twelvetrees. Its origins have nothing to do with a dozen trees but actually began as Wheldrake, a village near York, in northeastern England. Over the centuries a “qu” appeared, and then it morphed into Twelvetrees, probably as it was misheard by clerks and scribes.

There are dozens of obvious surname links to occupations, such as Smith (a name carried by more than 500,000 British and Irish people), or to places, such as Sutton or Green. The dictionary suggests nearly 40,000 family names are native to Ireland and Britain; the remainder reflect the diverse languages and cultures of immigrants who have settled since the 16th century.

The initiative has been launched to coincide with the UN’s International Day of Families today. So many people have taken up the offer of free access that the dictionary’s website has been crashing; Oxford University Press is working to bring it back online as soon as possible. – Guardian

The dictionary can be accessed here. Families are being invited to post a photograph or image that sums up what their name means to them with the hashtag #familynames2020