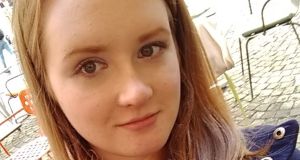 Kate L Ryan: “Both these women’s movements, with their belief in equality and autonomy, fought until the issues they held dear could no longer be ignored.”

It was a Saturday in December 1918 when Irish women voted for the first time in a general election. It was nine months after they had been given the right to vote, more than 70 years after the foundation of the Dublin Women’s Suffrage Association. This election would be one of the most pivotal in Irish history, one that would send Ireland on its way to independence, as well as elect the first woman to the British House of Commons, the Irish revolutionary Constance Markievicz. It was an election that demonstrated the power of the vote to change history and society – a power that I imagine the first Irish female voters felt so very privileged to have finally achieved.

The first time I cast my vote was also a special moment in Irish history. I feel proud that my first vote after turning 18 would be on an issue so salient to Irish feminism, a vote for true societal change.

My mother knocked on my door at 7am on May 25th. It was one of my first days back at home after college exams. It was early but I was already awake, excited to be casting my first vote in the referendum on the Eighth Amendment – which had effectively banned abortion in Ireland – but anxious over the uncertainty of the results.

I could tell my mother felt the same. She was 13 when the Eighth Amendment was passed into law in 1983 and, like many women around the country, had waited most of her life for an opportunity to get rid of it.

The months leading up to the vote were emotionally draining. I had often found myself in tears reading the experiences of Irish women who had been forced to travel abroad for an abortion when they most needed help and compassion. But I was also filled with hope every time I saw a Repeal badge or a jumper on my morning commute.

Casting my vote in a small parish hall with my mother right behind me felt like a release of all that emotion. It felt very special that my first vote was for something I really believed in.

When the results came in, and the Eighth had been repealed by the majority of the country, our emotions ran high again. Irish people had declared that they trusted women. I felt a bit guilty for underestimating their compassion.

Like the suffragette movement, the Repeal movement was vilified and ignored by many politicians, who believed the campaign was doomed to fail and that being connected with it would be political suicide. But both these women’s movements, with their belief in equality and autonomy, fought until the issues they held dear could no longer be ignored.

It was because of both of these campaign groups that my mother and I were able to cast our vote on an issue we were so passionate about, and drawing a simple X in a box felt like such a victory.