Forgotten heroines: The Irish women who died in the first World War 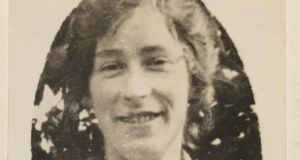 Josephine Carr: drowned in the sinking of the Leinster mailboat on October 10th 1918

In September 1916 the Irish Times reported the loss of yet another young Irish life on overseas war service. On this occasion, however, it was not an Irish soldier, but a nurse who had died far from home.

Mary Agnes Doherty from Magherafelt in Co Derry died from malaria and dysentery in Salonika and was buried in the local Lembet Road military cemetery. The daughter of a retired Royal Irish Constabulary policeman, Doherty was employed as a nurse in Dr Steeven’s Hospital in Dublin in 1914, when she volunteered with the Queen Alexandra Imperial Military Nursing Service. (QAIMNS).

She initially served in France, where she was awarded a Royal Red Cross and was mentioned in despatches for her devotion to duty. In 1916 Doherty was transferred to Salonika where she died aged 28.

Disease was a constant risk for those serving overseas. Many nurses also faced danger from shellfire while working in casualty clearing stations close to the front and from torpedoes while travelling overseas.

Thousands of Irish women mobilised for the British war effort during the Great War, in a parallel war service to that of men in the military. They served as professional nurses with organisations such as the QAIMNS, together with the Territorial Nursing Service, and as volunteers with the British Red Cross and St John Ambulance Association.

Hundreds of Irishwomen also contributed to auxiliary military services on the home front and overseas. As with Irish men serving in the British Army, there was a mix of motivations behind their mobilisation, including the desire for personal fulfilment and independence, together with patriotic, political and economic motives.

Professional nurses could earn significantly more through army nursing: the wages of a ward sister or matron in the army were almost double those of civilian nurses at home.

A significant number of the women who devoted their time had a family member serving in the armed forces and so it provided some consolation to contribute in some way themselves. Doherty’s brother, for example, was serving with the British Army when news came of her death.

Although women’s war service carried much less risk than that of men in the armed forces, at least 43 women from Ireland died on active service between 1914 and 1918, while another 13 died in 1919.

Josephine Carr drowned in the sinking of the Leinster mailboat on October 10th 1918. Born in Cork in 1899, she had recently enlisted with the WRNS to work as a shorthand typist. Carr was travelling on the Leinster on route to England for WRNS work, and was with two colleagues from Cork, Maureen Waters and Lilian Barry, who both survived the sinking.

Maureen Waters recalled afterwards the moment of the torpedo collision: “The ship was standing upright almost, propeller in the air . . .I prayed as I never did before.”

Carr’s body, like so many of the casualties, was never recovered. She is however commemorated on the WRNS memorial in Plymouth. She was one of ten Irishwomen on active service who died in the Leinster sinking.

Among the nine others was Clare McNally, a member of the Women’s Legion, whose father had been killed earlier in the war while serving with the Connaught Rangers.

The devastating impact of the war is further evident in the case of the Hackett family in Co Offaly, who lost two sons and a daughter. Venice Hackett enrolled with the Red Cross in August 1916, aged 30, following the death of her brother Eric at the front.

After serving with a Tipperary detachment, she was sent to France in April 1917 where she became ill in October 1918, a few months after her brother Learo was killed at Ypres. She died in London while travelling home to Ireland and is buried in the Ballycumber graveyard.

Many of the women who died are buried far from home, in England, France, Italy, Malta, Egypt, Palestine and Salonika. Eighteen of the nursing casualties are commemorated in St Anne’s Cathedral in Belfast while others are remembered in parish memorials.

St Mary’s Church on Haddington Road in Dublin, for example, includes Iza Mahony, a voluntary nurse who died from illness contracted while working on hospital ships in Malta, alongside her brother Edmund who was killed serving with the Royal Munster Fusiliers.

While they were not killed in direct combat, these women are nonetheless part of the Irish casualties of the first World War, and their service and sacrifice is deserving of remembrance and commemoration.

Dr Fionnuala Walsh is a lecturer in the School of History at University College Dublin. She is completing a book on the experiences of women in Ireland during the first World War