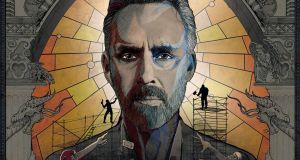 In 2016, Jordan Peterson released a series of Professor Against Political Correctness on YouTube which made him a very divisive figure. Photograph: Jonathan Castellino

In July 2018, after much chasing of his publisher, I managed to get an interview with polarising professor and “rock star intellectual” Jordan Peterson. It was for a new show which would go out first as a video and podcast and later on the radio station 4FM; I got the time with Peterson by promising that the interview would go out in full, as live.

I’d recently finished his book 12 Rules for Life and was fascinated by the surge of fame that had engulfed him. I’d read enough features and listened to enough podcasts with the 57-year-old Canadian to know he was displeased with how his words, as he saw it, had been twisted in different ways to besmirch his name and misrepresent him.

When Peterson arrived into our small studio that day it soon became clear how polarising he was; two workmates wanted to meet him and told me they’d do anything to make that happen; one excitedly met him and brought him up the three storeys, while the other waited outside the building, hoping to grab a picture. But others in the office were appalled that he was even there; when I asked one co-worker why, he spoke passionately about Peterson’s views on the Muslim religion. It soon becoming clear he had mixed up Peterson with American neuroscientist and author Sam Harris, who would be joining him on stage the following night in the 3Arena for a discussion about religion and the “War of Ideas”. Others branded him “transphobic” and “misogynist” offering quotes and derided the picture-seeker for asking for a snap.

Over 70-odd minutes, we discussed everything from Peterson’s depression, equality of outcome, his rise to fame, Chris Rock quotes (“he’s right, we’re all fools”) and Donald Trump.

The US president was even more all-consuming than usual in Irish news due to a trip to London at the time, so I took that as a starting point. At the time, I didn’t realise it, but he hadn’t spoken at length about Trump before and a clip from our interview went viral, getting more than 2.5 million views and about 9,000 comments. He didn’t say anything groundbreaking as far as I could tell, only that we would soon return to “normative (political) incompetence” .

Other clips, and indeed the full interview, accumulated huge views and engagement very quickly. Peterson’s parting words to me as he left the studio that day, were that I’d likely get flak from “both sides” after I made a “Jordan destroys” joke (referring to the endless clickbait-y YouTube video titles featuring edited footage of him dancing intellectual rings around someone who dares question his views).

He was right; some comments were thoughtful and appreciative about the density of the conversation; others didn’t think too much of me, or that I was worthy enough to talk to the professor. The commenters on the Trump clip were next-level, attacking everything from the shape of my head to my voice – I had to Google to find out what exactly a “soy boy” was.

But they also went after Peterson too, and not in the more obvious ways. Some were disappointed he didn’t fully condemn Trump, others that he even dared question him. It was clear, at least in the murky world of YouTube comment sections, that he had fans on both sides of the political divide, not just perpetually angry alt-right incels (who, granted, were still by far the loudest).

A few months ago I was contacted by Peterson’s assistant, who told me a documentary, The Rise of Jordan Peterson, was in the final stages of production and the film-makers wanted to use a clip from my interview. The producer, Maziar Ghaderi, subsequently showed me the finished film – with a short clip of yours truly included.

I sat down to watch it, with more than a decade of objective movie criticism behind me, and was genuinely impressed. Director Patricia Marcoccia had followed Peterson for several years after initially approaching him in the spring of 2015 with a more specific idea. “We had a meeting with him and his wife and learned more about what was happening in his life, and he told me that he was adding a third storey to his home, modelled after an indigenous longhouse,” she tells me over email. The initial plan was to focus on the house build and his relationship with the craftsman who’d help him do it.

“A year and a half later, though, Jordan released the Professor Against Political Correctness videos on YouTube. I had no idea they were coming,” says Marcoccia. “Before the videos came out, we had talked a bit about political correctness, but I didn’t know how much he was thinking about it. I also hadn’t previously heard him express political ideas or even his personal views on religion and God.”

Marcoccia admits she was surprised by the much-publicised stand Peterson took on Bill C-16, a law passed by the Canadian parliament which added gender expression and gender identity to Canadian human rights legislation, making it illegal to “promote hatred because of gender identity or gender expression”. Peterson hadn’t included much on the subject in his videos or lectures, “I quickly realised I needed to put the initial story I was working on on hold and create something new that would help me make sense of what was going on.”

Marcoccia calls that period, “uncomfortable”, but the new direction of the documentary quickly took shape. “We went to campus rallies and started reaching out to students who supported him him and those in opposition.”

Having seen the film, I find it surprising that The Rise of Jordan Peterson has had screenings cancelled after staff members in theatres objected. I’d recently viewed Alison Klayman’s superb fly-on-the wall look at Steve Bannon, The Brink. Bannon is another figure who has been the subject of widespread protests, but there weren’t protests at screenings of The Brink.

I asked producer Ghaderi why he thought that was. “My theory on why The Brink didn’t face the same market limitations as our film is that Bannon is easier to label as a far-right crazy – which is what he is – but Jordan is more obscure to them due to his decades of research and authorship,” he says.

Peterson was a far more amiable subject, according to Marcoccia. However, there was an issue when the film’s executive producer suggested Peterson sign an exclusivity contract, “The restrictiveness of the agreement did not sit well with Jordan and this created some tension. This interaction actually enabled me to see the seriousness with which he interprets legal documents – really thinking through worst-case scenarios,” she admits. Ultimately, despite Peterson’s new-found fame and a cluster of other documentary film-makers approaching him, they continued without the contract, “Our filming had been working out just fine without it and I thought it would be best to continue that way. Then everything went back to normal.”

Has Peterson seen the finished film? “We watched the film after it was completed with Jordan, his mother Bev and his wife Tammy, who was in hospital at the time,” Ghaderi says.

“It was clear that parts of it were stressful for Jordan to watch. For him, watching it was like reliving tumultuous parts of his life. I think he needs to see it again in order to see it as a film. All three of them said they respected it and thought it an honest portrayal of what happened,” Marcoccia adds.

Having felt firsthand the viciousness of some of those who align themselves with Peterson online, it’s pretty obvious to me why he’s such a beacon for controversy. As the documentary explores, Peterson has not done himself any favours with his choice of language. But this film is not a judgment on Peterson. Nor is it propaganda for his legions of followers. It’s a balanced piece of work that offers a nuanced look at someone who, like it or not, is now firmly in the public eye. As Ghaderi succinctly puts it: “There’s a difference between Jordan Peterson and a film about him.”

The Rise of Jordan Peterson is screening at Omniplex Cinema, Rathmines, Dublin on November 13th and is available on iTunes