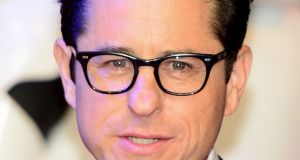 Filmmaker JJ Abrams will write and direct the ninth instalment of the Star Wars series, Walt Disney Co said on Tuesday, a week after the film lost its writer-director due to creative differences with the studio.

Abrams will helm Star Wars: Episode IX after he directed the first in the current trio of Star Wars films, 2015’s box office hit The Force Awakens. Episode IX is scheduled to be released in May 2019.

“With The Force Awakens, JJ delivered everything we could have possibly hoped for, and I am so excited that he is coming back to close out this trilogy,” Lucasfilm president Kathleen Kennedy said in a statement.

It was the second Star Wars project to lose a director this year. Disney in June said that filmmakers Phil Lord and Christopher Miller had left the upcoming Han Solo Star Wars spin-off movie due to creative differences.

They were replaced by Hollywood veteran Ron Howard, the Oscar-winning director of A Beautiful Mind.

The next film in the Star Wars saga due for release is December’s Star Wars: The Last Jedi, written and directed by Rian Johnson.

Abrams’s The Force Awakens reunited stars of the original series Harrison Ford, Carrie Fisher and Mark Hamill and introduced a new generation of characters. The film made more than $2 billion (about €16 billion) at the global box office.