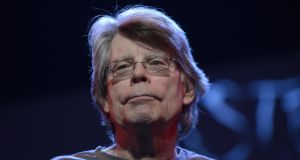 Stephen King: ‘so backward and ignorant you want to go back to bed’? Photograph: Ulf Andersen/Getty

In yet another year of Oscar nominations that saw a paucity of recognition for women and artists of colour, the response has been almost exhausted – after all, hasn’t it all already been said?

“Congratulations to those men,” quipped Issa Rae, reading out the all-male list of nominees for best director this year – reminiscent of Natalie Portman’s introduction of the “all-male nominees” last year. People wrote opinion pieces about the stereotypical roles for which people of colour are awarded and reminded us that yes, there were female directors who were good enough for the best director slot this year, too.

Writer Stephen King took a different stance. Early Tuesday morning, he spoke about the three Oscars categories in which he is able to nominate: best picture, adapted screenplay and original screenplay. He said that diversity is not a consideration for him when he votes as a member of the Academy. “I would never consider diversity in matters of art. Only quality. It seems to me that to do otherwise would be wrong,” he said on Twitter.

As a writer, I am allowed to nominate in just 3 categories: Best Picture, Best Adapted Screenplay, and Best Original Screenplay. For me, the diversity issue--as it applies to individual actors and directors, anyway--did not come up. That said...

...I would never consider diversity in matters of art. Only quality. It seems to me that to do otherwise would be wrong.

The most important thing we can do as artists and creative people is make sure everyone has the same fair shot, regardless of sex, color, or orientation. Right now such people are badly under-represented, and not only in the arts.

When you wake up, meditate, stretch, reach for your phone to check on the world and see a tweet from someone you admire that is so backward and ignorant you want to go back to bed. https://t.co/nPXOeAebkb

As a fan, this is painful to read from you. It implies that diversity and quality cannot be synonymous. They are not separate things. Quality is everywhere but most industries only believe in quality from one demographic. And now, here you are.

This happens in multiple industries: the things coming from and pertaining to spaces of color and cultures outside of Europe are seen as cute, but primitive.

He has since been criticised by leading Hollywood names and authors saying his argument centres on the idea that quality is not synonymous with diversity. The director Ava DuVernay called King’s comments “so backward and ignorant you want to go back to bed”. The writer Roxane Gay tweeted that she was disappointed that King only believed in “quality from one demographic”.

King later tried to clarify his comments, saying that he believed in giving people a fair shot, adding: “You can’t win awards if you’re shut out of the game.”

Some have been left unsatisfied with his response. The former Obama adviser Brittany Packnett tweeted that the way we measure quality remains exclusive, and that representation falls short when white narratives are the only ones deemed quality.

She ended with a nod to the notion that ideas are not considered truly tasteful until worn on the right “type” of person – asking: “‘Ghetto until proven fashionable,’ right?” – Guardian