Bafta nominations lose their sparkle over lack of diversity

Nods for Saoirse Ronan and Jessie Buckley, but little for women and none for black actors 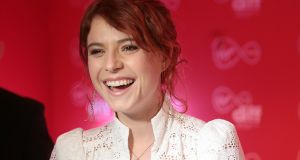 Two Irish women, Saoirse Ronan and Jessie Buckley, have been nominated as best actress at the upcoming British Academy of Film and Television Arts (Bafta) awards.

Ronan, scoring her fifth Bafta nomination, was always in the running for her turn as Jo March in Greta Gerwig’s Little Women. Though hugely praised for her electrifying performance as a Glaswegian ex-con in Wild Rose, Buckley, from Killarney, has not yet had much traction in awards season. This is her first Bafta nod.

Controversy has already raged at the lack of diversity in the Bafta nominations. Rejecting strong performances by, among others, Lupita Nyong’o in Us and South London’s own Cynthia Erivo in Harriet, the voters shortlisted not a single person of colour for an acting award. Though Gerwig was clearly in the running, no woman competes in the best director race.

Amanda Berry, CEO of Bafta, commented: “The lack of diversity in today’s nominations is hugely disappointing to see. Our year-round activity has many strands that focus on diversity. It’s clear there is much more to be done.”

It helped little that the controversial Joker topped the nominations table with 11 mentions.

The awards take place on February 2nd at the Royal Albert Hall in London. Ronan and Buckley will travel hopefully, but they are unlikely to beat favourite Renée Zellweger. Her turn as Judy Garland in Judy is the sort awards juries adore.