Oscars 2019: Here’s who I predict will be nominated today

Donald Clarke: If I get fewer than 80% of these correct I’ll be disappointed 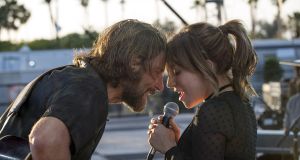 For a few weeks late last summer it looked as if the coming year’s Academy Awards would be much taken up with speculation about the “Academy Award for outstanding achievement in popular film”.

The ridicule that greeted the announcement of that award caused the Academy of Motion Picture Arts and Sciences to almost immediately bin the idea.

Fear of its return may, however, help Black Panther, the highest-grossing release in the United States last year, towards a nomination for best picture when the shortlists are announced at lunchtime on Tuesday.

It has picked up a slew of precursor nominations and is held in enormous (some would say baffling) regard by American critics. It matters that the picture advances the position of African-American talent in Hollywood, but Barry Jenkins’s If Beale Street Could Talk, a far superior study of the black experience, has struggled to register with awards voters.

Indeed, it looks as if the “popular film” Oscar could, had it continued, have ended up looking entirely redundant. Following excellent reviews and strong box office, Bradley Cooper’s A Star Is Born seems likely to score nominations in most major categories. The Freddie Mercury biopic Bohemian Rhapsody – a colossal hit despite indifferent reviews – has every chance of converting its recent Golden Globe win into a best-picture nomination.

Scandal doesn’t seem to be registering as it used to. The multiple misfortunes that have befallen Green Book, the sentimental story of an Italian-American wiseguy driving an African-American pianist around the segregated south, have failed to deny it nominations at Bafta and the Directors Guild of America or a win with the Producers Guild of America.

One Green Book screenwriter sent an unfortunate tweet about Muslims and 9/11. The family of Don Shirley, played by Mahershala Ali, have questioned its truthfulness. No matter. Green Book will still score big.

There are still odd, original pictures in the running. The folk at Element Pictures, Irish producers of The Favourite, can reasonably expect to score up to 10 nominations. If it does register in the more iffy categories then Yorgos Lanthmos’s period comedy could challenge A Star Is Born or Alfonso Cuarón’s Roma for the most nominations.

There will be much domestic focus on the best-cinematography race. If the Dubliner Robbie Ryan, among the most gifted of the nation’s film professionals, lands there (and he should) then the rejoicing will be loud and boisterous.

There are also hopes for Irish directors in two short-film races. Louise Bagnall’s Late Afternoon, a production of Kilkenny’s Cartoon Saloon, is among the 10 films longlisted for best animated short.

Vincent Lambe’s Detainment, a controversial film concerning the Jamie Bulger murders, is one of the 10 selected for best live-action short. Five films are nominated in both races. So the odds are good.

Following A Star Is Born’s unexpectedly sluggish performance at the Globes – just one award for best song – Roma, a moving drama set in 1970s Mexico City, looks to have edged into the favourite spot. It could become the first foreign language picture to win best film and the first Netflix production to score even a nomination in that race.

There is momentum behind it, but Green Book’s PGA win gives pundits pause. Here are predictions for the main races. If we get fewer than 80 per cent of them correct we will be disappointed.

In order of likelihood…

(Between five and 10 are nominated)

A Star Is Born
Once looked like an unbeatable favourite. Has stumbled, but it’s definitely in for all the big races. The only film here to have scored nominations with all the most important precursor awards.

Green Book
Not as big a hit as expected. Much controversy surrounds it. But only one other winner of the People’s Choice at the Toronto  International Film Festival has failed to secure a nomination in the past 20 years. So it’s there.

The Favourite
Yes, it is an Irish film. (It’s also a British film.) After registering the most nods at Bafta, Yorgos Lanthimos’s romp is set to become the most promiscuously nominated domestic production ever.

BlacKkKlansman
Felt a little recherche for Oscar voters at its Cannes Festival premiere, but Spike Lee’s radical comedy has stayed the course.

Black Panther
Huh? There is a desire to reward a largely African-American film that ate the mainstream alive. US critics went seriously gaga for it. It looks as if Marvel finally has a best picture contender.

Vice
Not everyone has gone for Adam McKay’s satirical assault on Dick Cheney, but the PGA and the DGA both bit. Christian Bale’s bravura performance will help.

Bohemian Rhapsody
Once seemed a ludicrous suggestion, but, having become one of the 10 highest-grossing films of 2018, it must be regarded as a contender.

If there are more than eight…

If Beale Street Could Talk
Barry Jenkins’s James Baldwin adaptation is at least as bewitching as his Oscar-winning Moonlight, but it hasn’t kicked up the same attention.

First Man
Damien Chazelle’s study of Neil Armstrong – a classic Oscar-friendly production – seemed like a sure-fire bet until it failed at the box office.

Before changes in the voting system these would count as the top five pictures in the competition above, but, in recent years, we’ve seen best film and best director diverge. There is, perhaps, an outside chance for Pawel Pawlikowski’s work on Cold War. Amazingly, this would be Spike Lee’s first nomination. Cuarón is probably winning.

As with a few other races here, the top four look inked in, with a fifth spot open for a few contenders. Could John David Washington step up for BlacKkKlansman? Maybe. Ryan Gosling might benefit from an unexpected swell for First Man. We’re betting on the Hawke in a much-admired Paul Schrader film.

This looks like a fight between Glenn Close (overdue), Olivia Colman (critic’s choice) and Lady Gaga (glamorous reinvention). Melissa McCarthy should be third runner-up for her turn as a larcenous writer in the excellent Can You Ever Forgive Me? The fifth spot could go in any number of directions. Emily Blunt failed at Bafta for Mary Poppins, so she surely she can’t make it here. Toni Colette might creep in for Hereditary. We’re counting on a rush to Roma.

Lady Gaga (A Star Is Born)
Glenn Close (The Wife)
Olivia Colman (The Favourite)
Melissa McCarthy (Can You Ever Forgive Me?)
Yalitza Aparicio (Roma)

The top two are certain. Sam Elliott unexpectedly missed a nomination at the Globes, but he’s the warm heart of A Star Is Born. BlacKkKlansman is on the rise, so Adam Driver seems safe. The fifth spot again is a puzzler. Sam Rockwell as George W Bush for Vice? Michael B Jordan in Black Panther? We reckon they love Timothée Chalamet.

And yet again we seem to have four near-certainties and a puzzler. Regina King looks like favourite for a film that’s not going to do as well as it deserves. Despite the dangers of vote-splitting, Rachel Weisz and Emma Stone have both got in everywhere. Amy Adams is a perennial nominee (and loser). If Emily Blunt makes it in for A Quiet Place, the calls of “category fraud” will be deafening. Margot Robbie could ride on the back of that Bafta nomination for Mary Queen of Scots. (Saoirse can forget it, I’m afraid.)

Here’s one that The Favourite might actually win. A sweep could also carry Roma or Green Book to the prize. Adam McKay grabbed the Oscar for The Big Short and is likely to compete again for Vice. We’re completing the shortlist by awarding Paul Schrader his first Oscar nomination for First Reformed. Yes, you read that right.

Here’s where a few unlucky exclusions from best picture could register. Can You Ever Forgive Me? and Leave No Trace are the two films directed by women that stand the best chance of saving the academy some embarrassment. Black Panther could also score an absurd nomination here.

BlacKkKlansman
Can You Ever Forgive Me?
If Beale Street Could Talk
Leave No Trace
Crazy Rich Asians

Disney will return with two nominees: Incredibles 2 and Ralph Breaks the Internet. Isle of Dogs is the critics’ choice. Mirai should be the year’s Japanese entry. But Spider-Man: Into the Spider-Verse is now the one to beat.

Spider-Man: Into the Spider-Verse
Incredibles 2
Ralph Breaks the Internet
Isle of Dogs
Mirai

Robbie “Fish-Eye” Ryan should be in for The Favourite, but the voters don’t always go for period pictures in this category. Here is a rare spot where the lovely Polish film Cold War could score, but Alfonso Cuarón is set to become the first director to win for shooting his own film.

We have a shortlist of 10. So it’s hard to go far wrong. Roma has it in the bag. Cold War is definitely in, despite missing out on a Globes nomination. Never Look Away might scrape in for Germany, but we’re leaning towards the ecstatically reviewed Cannes favourite Burning.