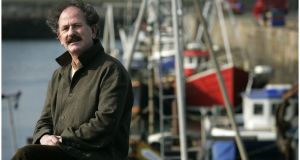 The death has been announced of the poet and writer Liam Ó Muirthile.

Mr Ó Muirthile was born in Cork City in 1950. His first collection of poetry, Tine Chnámh, written in 1984, received the Irish-American Cultural Institute’s literary award and the Oireachtas prize for poetry.

He also received the Butler Award in 1996 for his novel Ar Bhruach na Laoi, and both the Arts Council Prize and Gradam Chló Iar-Chonnacht for his third collection of poems, Walking Time agus Dánta eile.

In a statement on his death, the Arts Council described the Aosdána member and former Irish Times columnist as a writer of “great diversity and breadth”.

Chair Sheila Pratschke said Mr O’Muirthile “pushed the boundaries of Irish language literature through his dynamic prose, poetry and his writing for the stage”.

“Widely read and translated, his work made an enormous impact on our cultural landscape. From the launch of the acclaimed poetry publication Innti through his long and varied career, O’Muirthile was a powerful advocate for the language and literature, and his presence will be badly missed,” she said.

Mr Ó Muirthile, who mastered the Irish language in school and in Irish speaking region of West Kerry, had also written for the stage.

He wrote a weekly column, An Peann Coitianta, for The Irish Times between 1989 and 2003.

Some of his work was translated and featured among German, French, Italian, Hungarian and Romanian collections.