Kudos review: A novel of ideas, people and stories

Rachel Cusk’s tales is intelligent, original in form and content, and brilliantly engaging 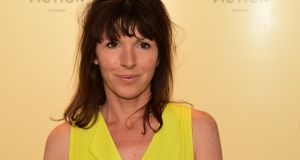 This book confirms Rachel Cusk as one of the most interesting contemporary writers. Photograph: Leon Neal/AFP/Getty Images

Faye is a writer, and a gifted listener. Almost everyone she meets confides their secret history to her. Kudos charts her travels from the US to a writer’s conference somewhere in Europe, and the novel consists of the stories a variety of random characters tell her.

Written in a formal literary prose, the voice reminds me of the style of say W.E.Sebald, or perhaps Kafka in translation. The stories are largely related in indirect speech so the narrator’s voice is dominant. Cusk’s technique has been rightly heralded as ground breaking and novel – “Of her efforts to expose the illusions of fiction and of life, she may have discovered the most genuine way to write a novel today”, Ruth Franklin wrote of one of her previous books. Indeed, the novel has a unique form and voice, even though the device of a travelling writer meeting characters who tell him their life stories is time honoured. Somerset Maugham used it frequently in his short stories. And it’s not a million miles from what Geoffrey Chaucer does in The Canterbury Tales – perhaps he discovered the most genuine way to write a novel in the 14th century.

The setting is deliberately, unsettlingly, vague. No specific town or country is named. We are somewhere or anywhere in literary Europe, a grey set against which the characters stand out the more clearly. These people are eccentric, opinionated, and highly articulate. Faye introduces every one of them with a colourful physical description: “She was a tiny sinewy woman with a childlike body and a large bony, sagacious face in which the big heavy-lidded eyes had an almost reptilian patience, occasionally slowly blinking.”

The contrast between the absence of background and the graphic descriptions of bodies highlights the point: people and their stories are what matters. They talk about themselves, about art and literature, sorrow and joy, justice. Brexit gets a mention. Naturally, since the setting is a literary festival, much of the conversation is about writing and the literary world: “She had attended my event this afternoon, she added, and had been struck as she so often was by the inferiority of these occasions to the work that their subject, which seemed to be circled with increasing aimlessness and never penetrated… The purpose of festivals like this one had become less and less clear to her.”

The subject of gender arises more than once.

“And it was true, she said, that a number of girls were achieving academic success and cultivating professional ambitions, to the extent that people had begun to feel sorry for the average boys and to worry that their feelings were being hurt.”

This is a novel of ideas, intelligent, original in form and content, and brilliantly engaging. Many ideas about life and art are aired in its pages. But gender inequality is a recurring theme, reinforced by two striking images which bookend the novel. In the opening section, on the plane, the passenger who eventually tells his story – also shocking – keeps sticking his feet out into the aisle, making life difficult for the air hostess. She has to ask him several times “to keep your legs out of the way”. But again and again he transgresses, explaining that he is tired and needs to stretch out, oblivious to the needs of anyone else.

The book finishes with an even more disturbing image of male aggression. In the closing pages, Faye goes for a swim. A group of men watch her from the beach. One, “a huge burly man with a great curling black beard and a rounded stomach and legs like hams” comes down to the water’s edge and stares at her. ‘Then he grasped his thick penis and began to urinate into the water. The flow came out so abundantly that it made a flat glittering jet, like a rope of gold he was casting into the sea. He looked at me with black eyes full of malevolent delight…”

Kudos is rich and compelling. It confirms Rachel Cusk’s status as one of the most interesting contemporary writers – avant-garde, highly original, challenging but entirely accessible.