The Recovering: Intoxication and its Aftermath review

Narrative focuses on Leslie Jamison’s affair with alcohol, a reciprocal act of intoxication 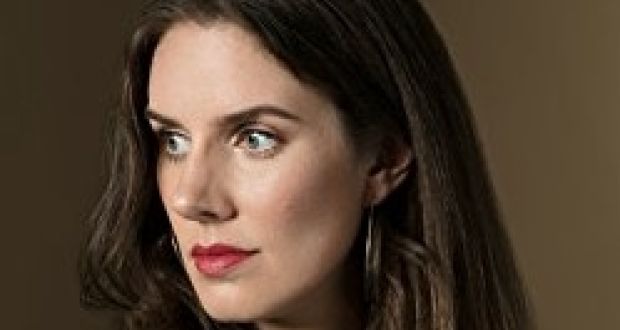 Leslie Jamison’s greatest fear is not her health, or the end of her relationships, but that drinking and creativity are indivisible.

Book Title:
The Recovering: Intoxication and its Aftermath

“Addiction doesn’t surprise me. It seems more surprising that some people aren’t addicted to anything. From the night of my first buzz, I didn’t understand why everyone in the world wasn’t getting drunk every night.” Early in her substantial new book The Recovering: Intoxication and its Aftermath, American writer Leslie Jamison offers the first of many alternating viewpoints on drinking. The lure, the fun, the sense of abandon. But also: the hangovers, car crashes, the ritual of leaving a little in a morning bottle of wine to feel good about not drinking the entire bottle before noon. Jamison’s multifaceted 2014 essay collection The Empathy Exams was united by its titular theme, but delved variously into subjects like Morgellons, an extreme 100-mile race and female pain. Here, her focus is more singular: alcoholism, and specifically, its effect on the writer.

Jamison’s drinking ran on a parallel track to her stellar academic achievements: Harvard, followed by an MFA at the hallowed Iowa Writer’s Workshop and a PhD at Yale. The more privileged opportunities that came her way, the more she immersed herself in drinking, often alone, “toward zero gravity – what Hemingway called ‘rum-brave’ and [Malcolm] Lowry called ‘tequila-unafraid’.” There were nights of escaping parties and people in her own house just to be able to drink more, and of believing “that the drinking could electrify everything without price”.

Her greatest fear is not her health, or the end of her relationships, but that drinking and creativity are indivisible

The narrative locus fixes on Jamison’s own affair with alcohol, a reciprocal act of intoxication. There is a supporting cast of the living and dead: various boyfriends she fights with, drinks with and cheats on; deceased writers and artists from Hemingway to Elizabeth Bishop, who duelled with drink and creativity, the pen and the bottle side by side. In Iowa, the ghosts of barfly writers who had been consumed by drinking linger on. “Raymond Carver and John Cheever tire-squealing through early-morning grocery-store parking lots to restock their liquor stash; John Berryman opening bar tabs on Dubuque Street and ranting about Whitman till dawn; Denis Johnson getting drunk at the Vine and writing short stories about getting drunk at the Vine.”

Writers with their own sauce-addled mythology (the subject of Jamison’s Yale dissertation); of whiskey, not blood, in their veins, writing themselves – like Berryman in Dream Songs – into oblivion. Olivia Laing’s excellent The Trip to Echo Spring focused on male writers, but Jamison also explores the self-destruction of women who wrote, particularly Jane Bowles, Marguerite Duras and Jean Rhys. The latter settled in to a night of drinking when her infant son was gravely ill in hospital. When he died, Rhys never forgave herself, and kept the receipt for his funeral for the rest of her life. Duras wrote: “When a woman drinks, it’s as if an animal were drinking, or a child”, and Jamison interrogates the bias between the genders and alcohol; of how the male drunk “manages a thrilling abandon – the reckless, self-destructive pursuit of truth”, while his female counterpart is considered “guilty of abandonment, the crime of failing at care”.

Jamison contrasts the experience of people of colour, particularly women like Billie Holiday, who were not permitted to indulge in the addict myth of the white male writer. Holiday’s heroin addiction often meant that the police hounded her, and she died handcuffed to her deathbed in a New York hospital.

Alcoholic memoirs – quit lit tomes – centre on suffering, offering a three-act account of an addict anchored by a very specific source of trauma. In these pages, Jamison tries to home in on hers, a beacon she can hear in every booze binge and hangover, but can never fully locate. She comes from a high-achieving family, is competitive, and as a child her adored father was frequently away with work, but none offers her a satisfactory solution for bottoming out as a drunk. The most proximate she gets is feeling that the “ability to find drunken dysfunction appealing – to fetishise its relationship to genius – was a privilege of having never really suffered.”

Her greatest fear is not her health, or the end of her relationships, but that drinking and creativity are indivisible, as if sobriety is kryptonite for inspiration, and that giving up would kill her ability to write.

Jamison is acutely aware of all she has been afforded in life. She reinforces this throughout, and is frequently self-deprecating, cringing at her teen years of cutting as a “theatrical production of angst” but the pain of her drinking years is both authentic and antithetical. There are mistakes made, injuries and an abiding sense of loneliness and self-hatred. At her first AA meeting, a man calls her story “boring”, not because of her inability to tell it, but because addiction stories tread well-worn grooves. We think we’ve heard them all. Jamison universalises the experience, by rooting it in self-investigation. The arc of her redemption has arguably made her a better writer: more at ease with her own complicatedness, looking to the future, beyond the bottom of a glass.