Why We Get The Wrong Politicians review: Could we really be this useless? 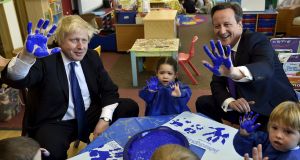 Isabel Hardman is well placed to diagnose the state of contemporary British politics. Her vantage point in the BBC where she presents The Week in Westminster on Radio 4 and as assistant editor of the Spectator ensures that she intimately understands the life, pressures and occasional joys of a British parliamentarian.

This leads to an appreciation, at a personal level, for politicians, but severe disappointment at their achievements. Her conclusions are pithy, and largely damning, she writes the political career “is characterised by dysfunction, from the selection process that decides who our potential MPs will be, to the way MPs don’t scrutinise laws at all”.

Why We Get The Wrong Politicians is a diagnosis of failure. It is an analysis of how political parties select their candidates, of the suddenness of political elation and despair and of the unique characteristics of parliamentary life.

Her kindest words are reserved for the constituency work of MPs. Hardman acknowledges that “as a rather grumpy political journalist I often mock the way MPs conduct themselves in Westminster, I struggle to find much fault in the way that they interact with their constituencies”.

The work of various MPs on behalf of their constituents is chronicled. The author spends a day with former prime minister David Cameron in his constituency. A visit to a dementia care home and the conduct of his constituency clinics offers a different perspective on him, as a person and politician.

The efforts of backbenchers from all political parties attest to the effort involved in representing constituents on the most difficult of issues.

This prompts a nuanced conclusion of a higher opinion of politicians than the title of the book suggests. Disappointment springs from the incompatible expectations that exist of the political profession, for example, the expectation of ceaseless constituency work combined with forensic legislative prowess.

But the analysis of the achievements of political life is excessively damning. That this is now a conventional assessment of parliaments is an under-appreciated contributor to the current discontents of democracy.

Politics, and I obviously write with some experience, is a demanding but also a deeply rewarding vocation

Various chapters on the performance of recent parliaments are full of their failures, but silent with regard to any achievements.

British politicians deserve recognition for how they have grappled with issues such as overseas aid policy and marriage equality. Surely political choices on resources and health policies have played some role in increasing life expectancy in the UK by 12 years since 1948?

This is not to say there are no massive difficulties and problems. They clearly and manifestly exist. But, there is little recognition of any policy achievement of any worth by British political life. The current travails and successive crises of Brexit make it easy for some to adopt this tone.

However, such a lack of balance or history can easily inspire the absolutism and tone of dangerous certainty adopted by ideologues who wreck havoc as democracies grapple with complex questions.

A recognition of the complexity of political life percolates The Political Class by Peter Allen. He writes that “Politics is not just flying blind, it is flying blind without a predetermined destination and without agreement that flying is even the best method with which we should navigate the skies”.

Politics is a collective endeavour for confronting a shared horizon of unknown possibilities. Pivotal to this endeavour is those charged with making choices, the “political class” of this title. The question of this inquiry is whether it really matters who is in this “class”.

The absence of diversity undermines the premise of political equality

In 1979 around 3 per cent of MPs had prior experience in politics or government; in 2015 this changed to 16.5 per cent. Over the same period, the percentage of former manual workers decreased from 16 to 3 per cent.

This is an academic work of political science. However the contentions of the author are clear and relevant to the unfolding debates on the future of democracy.

The “instrumental” case for diversity in our political class is that it enables better decision making. Allen argues that the case for the existence of political knowledge is overstated and that “uncertainty may best be dealt with by diversity, not expertise”.

Diversity in our political system is also intrinsically valuable. The absence of diversity undermines the premise of political equality, “democracy requires inclusion” is a simple but necessary conclusion. Even if the argument is occasionally laboured, the conclusions are so vital that they merit the effort required of this book.

Both authors are to be commended for moving beyond diagnosis and into the realm of solution. Their solutions are mostly conventional. That is not to be critical. Representative democracy originated over two millennia ago, in the city state of Athens. Opportunities for “out of the box” solutions are rare with so ancient a concept.

Hardman argues for government ministers not being members of parliament, to weaken the ability of the executive to dominate the legislature. She also believes that the role of committees needs to be strengthened further.

Allen makes the case for electoral quotas – now policy in Ireland – and encouraging political parties to make diversity a greater priority. He is on weaker ground arguing for the random selection of representatives. A deliberative selection process of representatives is still a crucial element of democracies.

But an equally necessary ingredient of a healthy political system is citizens wanting to be politicians. It is not clear to me if anyone who reads either of these works would be filled with enthusiasm for such a choice.

This is a terrible pity. Politics, and I obviously write with some experience, is a demanding but also a deeply rewarding vocation. The downs can be truly low, but the variety of reward, satisfaction and demand more than amply compensate. Allen is right to describe it as a shared journey into the unknown, but it is a journey I recommend.

Read In Defence of Politics by Bernard Crick or The Confidence Trap by David Runciman for demonstrations of the possibilities of politics. Read these books too, but prepare to be only warned of the disappointments and failures of this most crucial of professions.