The Mastermind review: Wild parable about one of world’s most prolific criminals 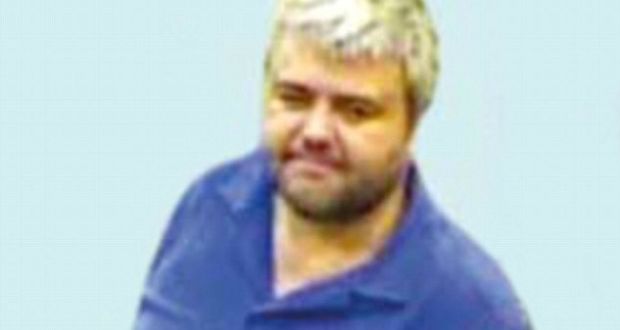 Book Title:
The Mastermind: The Hunt for the World’s Most Prolific Criminal

Near the end of this darkly fascinating and truly gripping work of non-fiction, Evan Ratliff reflects on the complexity of the story he’s telling: “It had chewed up years of my life as I tried to wrestle the facts to fit a simpler frame, something with a cleaner ending, a story that I could hold in my head all at once.” But The Mastermind is not that sort of book, primarily because its subject, the computer programmer-turned-international gangster Paul Le Roux, is not that sort of criminal.

Le Roux was born in what was then Rhodesia (now Zimbabwe) in 1972, and subsequently moved with his adoptive parents to South Africa, where, as a teenager, he was arrested for selling pornography. “It was a moneymaking business and he didn’t care what the commodity was”, a relative tells Ratliff. “That’s where it all started.”

After a few years working as a programmer in London, Australia and the Netherlands, Le Roux relocated to the Philippines sometime around 2004 or early 2005. There he opened an online pharmacy, selling medication that was remotely prescribed by US-based doctors and fulfilled by independent chemists to whom his company, RX Limited, had delivered computers that were exclusively dedicated to these orders. Le Roux opened call centres in the Philippines that dealt with customers and pumped out email spam, while the business went under multiple names and a bewildering number of web addresses to snag search engine traffic. Although it was undoubtedly shady, Le Roux was still arguably operating just about within the bounds of the law.

That soon changed. The immense profits generated by RX Limited rolled in, and by 2008 its revenue was $250 million a year: around the same as Facebook. Some of Le Roux’s money was squirreled away in accounts, some was invested in gold bullion. But he also took the opportunity to start a logging venture in Africa and decided to establish a tuna-fishing business on the Somalian coast.

Le Roux was gambling that fish stocks had replenished due to the prevalence of piracy along the coast of what was then a war-torn state. His assumption wasn’t illogical – the pirates had initially kept foreign fishing boats away from Somalian waters before moving on to the more lucrative business of hijacking cargo ships and oil tankers. Nevertheless, his plan seemed highly impractical given the tumultuous geopolitical context.

In fact, Le Roux was embracing the possibilities of this chaos. He instructed his employees to build up a private army to deal with threats that included the jihadist al-Shabaab group. Later he would confess that his actual objective in Somalia was “to obtain a small territory and set myself up as a warlord using whatever violence was necessary”. (His ventures in Somalia would be detailed in a five-page appendix of a United Nations report on the country, published in 2011.)

All of this is pretty outlandish stuff, but it’s doubly so when you consider that Le Roux appears to have directed much of this activity by email and phone from the Philippines, playing Somalia “like a videogame”, writes Ratliff. His was a virtual gangsterism with real-world implications. When asked his profession, he answered that “essentially I worked as a programmer for many years”. Ratliff puts it differently: “he tried to apply the detached logic of software to real life. His approach was algorithmic, not moral.”

A habitual micromanager, Le Roux would keep employees on the payroll, contacting them only when he needed them for a job. One was paid $7,500 a week to guard a house full of prescription medication, getting a raise to $10,000 when he was needed for more demanding work, which included murder.

Another employee went from being an administrator in one of RX Limited’s call centres, to managing Le Roux’s Manila gun shop, to buying and selling weapons in Iran on his boss’s behalf. For Le Roux, it came down to a question of whom he could trust to run his affairs. But as Le Roux became paranoid about his employees stealing from him, he used violence to keep them in line, or ordered them to be killed, euphemistically describing such a fate as “permanent vacation”.

As his operation became increasingly criminal and paramilitary – having expanded to include drug dealing, bribery and gunrunning – Le Roux recruited mercenaries from the freelance security sector. Many of them were former soldiers or policemen from Israel, Britain, Poland and Ireland who had turned to military contracting during the occupations of Iraq and Afghanistan and found themselves looking for work after both conflicts de-escalated.

Violence became a central part of Le Roux’s activities, and there’s considerable evidence that he revelled in it. He sent two of his mercenaries to firebomb his cousin’s house, and had another employee thrown off a boat into the sea and shot at, simply to find out if he was stealing from Le Roux. When it turned out that one of his trusted lieutenants, Dave Smith, had been brazenly stealing from him, Le Roux had him shot. (Smith was a Falklands veteran who had once been a military adviser to the president of Liberia, Charles Taylor.)

Ratliff discovers the details of Smith’s killing by contacting Marcus, the man who carried out the hit, after finding his profile on the careers site LinkedIn, where he had listed one of Le Roux’s companies as a former employer. “I was there, I was involved”, he confesses to Ratliff. “My life was pretty f**ked up.” He shot Smith in the head several times before Le Roux, who was present at the killing, gleefully fired a submachine gun into the body.

Before writing this review I made a list of the bizarre facts about Le Roux that I learned from reading the book. He tried to purchase a submarine from North Korea to import the high-quality methamphetamine he was buying from that country. After he moved from the Philippines to Brazil, and was put under surveillance by the US government, it emerged that he was paying several Brazilian women a monthly salary to have his children, in an elaborate attempt to avoid potential extradition to the United States. (It was difficult to extradite Brazilian citizens and similar protections were extended to parents of citizens.) At one point he contemplated invading the Seychelles and unseating its government. He also wanted to be a writer, and reputedly published travel pieces in magazines under a variety of pseudonyms. “There seemed to be no end to the weirdness”, Ratliff observes.

Even hardened mercenaries thought his actions strange and considered him dangerous. Many would have worked with the US government to topple him, and eventually one employee did. Le Roux’s capture triggers a radical swerve in the narrative, as the former kingpin works with US agents to bring down his own organisation from the inside.

With such a crazy story, it might have been tempting for the writer to amplify its oddness, to play it for laughs. Instead, Ratliff reports exhaustively and writes soberly, all the while remaining conscious of the ludicrousness of the reality he’s recounting. It’s a brilliant book, one that makes Le Roux’s life and career seem a suitably wild parable for a digitally deranged age.

Karl Whitney’s Hit Factories: A Journey Through the Industrial Cities of British Pop will be published by Weidenfeld & Nicolson in June