Review: This brilliant book fumes at a world where everything is designed around men 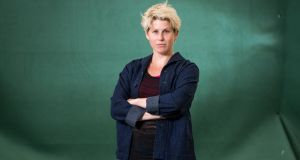 Caroline Criado Perez was thrilled when Olivia Colman won her Oscar, not least because of the dress the actor wore for the ceremony. It had, you see, pockets. We know this because at various moments Colman could be seen to have her hands in them. Criado Perez does not just like pockets. For her, pockets are a feminist issue. And if you read her furiously brilliant new book, you’ll soon be out campaigning for them yourself. Start by demanding that they get their rightful place in the book’s index in which they do not currently appear, though the author is photographed slouching purposefully with her hands in them on the back cover. And these are real pockets. Capacious pockets.

It isn’t just that broadcast microphones tend to be designed to fit in a substantial pocket, nor that most mobile phones are too big to fit into the too-small pockets that are the best most designers will provide on a woman’s dress. A proper understanding of women and pockets could, Criado Perez demonstrates, prevent injuries serious enough to land people in hospital. In the US, women make up 59 per cent of people over the age of 65, and 76 per cent of this cohort live alone. Women are more inclined to fall than men, more likely to injure themselves and almost twice as likely to need to be hospitalised. So obviously there is a greater need among women than among men for assistive technology such as fall-detection devices. Yet most research into these devices fails to address gender-specific risk factors.

A 2016 conference on “intelligent data engineering” heard that one of the main reasons old people reject fall-detection devices is that they are too big. The suggestion is made that mobile phones could be designed to include this function. Except, as Criado Perez points out, most women not having pockets or not having proper pockets will keep their too-large phone in their handbag, “where fall detection algorithms will likely fail because they are trained to detect falls through acceleration sensors close to the body trunk.”

On handbags, by the way, the author is tolerant. They are “all well and good” except that the reason women have to resort to carrying them in the first place is – yes, you’ve guessed it – we don’t have adequate pockets. And why don’t we? Because pockets, like most useful things, are primarily designed for men.

Criado Perez’s thesis is stark: “Most of recorded human history is one big data gap ... the lives of men have been taken to represent those of humans overall. When it comes to the lives of the other half of humanity, there is often nothing but silence.”

She quotes Catherine McKinnon on the delusion of the “point of viewlessness” of the white male perspective that arises when the white male is regarded as the default human being. Women disappear from history. We know that a cartoon hedgehog is male because he is normal – he does not wear a pink bow and simper. We only get substantial numbers of women in orchestras when we introduce “blind auditions” in which there is a screen between the musicians and those hiring. It is less easy to change the gender make-up of other professions in which institutional male bias gets a free rein. Criado Perez cites an analysis of performance reviews for staff at a variety of tech companies. Women were criticised for being “bossy, abrasive, strident, aggressive, emotional and irrational”. Men were not. Indeed, men were exhorted to be more aggressive.

Dreadful and debilitating prejudice, while it is rarely acknowledged by the men who are privileged by it, has been documented elsewhere by other feminists. However, the originality of Criado Perez’s research is that she hunts down and uses hard data as her evidence, and when, as is often the case, there is no gender-disaggregated data, she shows how this too is discriminatory. Thus armed, she tackles “the myth of meritocracy”, the multiple ways in which white men manage to give the appearance of fairness while actually consistently promoting their own clones. She also highlights the way data that is inconvenient is simply ignored – such as the evidence that women do 75 per cent of the world’s unpaid work.

In a data-driven age, the prevalence of a “relentless male cultural bias” means that women’s needs are overlooked or misjudged. This is both ethically wrong and dangerous. When those who design seatbelts and bullet-proof vests think women are just small men, women’s lives are put at risk. “It wasn’t until 2011, 35 years after women were first admitted to US military academies, that the first uniforms were designed that accounted for women’s hips and breasts,” she notes. A British police officer was stabbed and killed after she had removed her ill-fitting body armour in order to carry out a necessary task.

The book is admirably internationalist in its perspective. Brilliance, Criado Perez demonstrates, is, the world over, equated with having a penis. Peeing is organised around having one of these too, and the book is excellent on matters ranging from the risk of frostbite when working in one-piece overalls in the Arctic, to the risk of being raped in badly lit mixed-sex toilet blocks at refugee camps in Greece and Germany.

Just occasionally Criado Perez can be simplistic. Having pointed out that UK benefit changes since 2015 have disproportionately impoverished women while advantaging men already in the richest households, she asks: “So why is the UK government enacting policy that is so manifestly unjust?” She replies, “The answer is simple: they aren’t looking at the data.” But that is not the only answer. They may well be looking at the data and they may be perfectly happy with what they see – they are, after all, Tories.

This is an excellent book packed with practical information of the kind required by those attempting to dismantle the patriarchy. Be warned, though, it has 411 pages. Don’t expect to fit it in your pocket.