This Chair Rocks: A Manifesto Against Ageism by Ashton Applewhite review

This hopeful, lyrical manifesto of age non-conformism is compelling and debunks myths 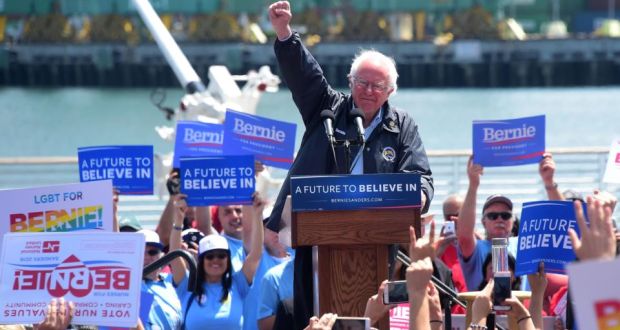 This book landed on my desk the day Bernie Sanders, aged 77, announced his intention to seek the Democratic nomination for the White House, and Karl Lagerfeld, aged 85, died at his post, overseeing Chanel’s winter 2019 collection.

Ole Rockin’ Chair got neither of them, which might seem like a very pleasing thought – at least to the sizeable chunk of the Irish population, who are, according to much government policy, “elderly”.

But according to this manifesto against ageism, pleased is not an appropriate response to what I’ve written.

By alluding to their ages, I reveal a prejudice: I am guilty of ageism. Should I be named and shamed – well, apparently that’s arguable.

This is hard, when the basic training for journalism is to get the “who, what, where, when, how, why and what age” into the first paragraph. Unlearning, it is steadily dawning, is as great a challenge in developing our humanity, as learning.

As with race, Applewhite argues, the only time age should be central to the story is when it’s part of the “how” of the story

Ageism exists. The mortuary seems to loom very large in Official Ireland. You cannot get a mortgage at 65, not even a 10-year one. After seventy, eye tests are compulsory for driving licence renewal.

People at the height of their powers are forced to leave good jobs because of a phenomenon called DOB – Date of Birth.

It’s not just the workplace. A utility company rings (payment overdue perhaps), first thing the unknown voice demands is your DOB. Apart from the privacy intrusion, the mystifying thing is that in this data protected, “fake” information obsessed age, there exists the notion that whatever else you fake, you would never fake your date of birth.

Learning from these activists, she recommends the methods of gender – non-conforming people who reject the stereotypes based on sex assigned at birth. Follow their example, she says “when asked for your age, identify as age non-conforming”.

You could say there’s nothing new about age non-conforming. Many years ago, I shared an office with a man who went to college with an actress who became a household name in America. They were the same age.

Accordingly I was able to note that the household name was four years older than I was. That household name, dear reader, is now two years younger than me. I fear such non-conformism is not a political act – more the age old (allow me) cri de coeur of the age denyer: “If these are laughter lines, why am I crying?”

But, as with racism and sexism, changing the language is central. The use of “with age” as opposed to “old” is preferred in some enlightened quarters. Ashton suggests “with years” but also favours “olders.”

I like it too as it invites its rhyming partner “bolder.” Many prefer “seniors”, as it confers a certain gravitas and an earning of status.

Age non-conformism could present problems too: what bearing would it have on the principle of age of consent? And what do we do, I wonder, with “age” as a metaphysical measurement. with all the literary and existential references, like Age of Innocence, the age of reason and New Age.

One exception to the public pigeonholing of people according to age is the Obituary. The other is child prodigy details: ageism also applies to the young, or should I say to those “without age.”

As with race, Applewhite argues, the only time age should be central to the story is when it’s part of the “how” of the story.

In short, when the story itself is about race, or about age. This point is compounded by activists against the biggest challenge of our age – saving our planet.

The most powerful voices against climate change are schoolchildren. Their age is incidental: strangely enough there is no fetishising of their youth as in this they are as powerful as presidents.

So is her debunking of myths: that the aged are responsible for health budget over-runs. It is not the aged per se who cause hospital costs to explode but rather those who are in the process of dying. Of all ages.

In fact those with years are the focus of valuable medical research and job creation in the shape of carers.

This is a manifesto and, like all manifestos, is prescriptive, and over optimistic. The most famous manifesto of all, despite its hope and lyricism, proved delusional.

The state did not, as Marx predicted, wither away. So will age wither away? Perhaps the answer lies between politics and poetry. “Age cannot wither her,” sang Shakespeare, “Nor custom stale her infinite variety.”