Swedes plan an alternative to the Nobel Prize in Literature 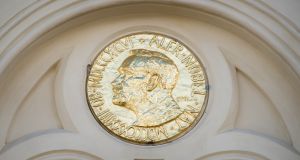 The New Academy is inviting all of Sweden’s librarians to nominate authors. Photograph: iStock

The Swedish Academy is not awarding a Nobel Prize in Literature this year, but a group of Swedish cultural figures are coming together to bestow their own version of the world’s most prestigious literary award instead, as an act of protest at the scandal that has engulfed the academy.

The 2018 Nobel Prize in Literature was cancelled in May, following allegations of sexual assault made against Jean-Claude Arnault, husband of Katarina Frostenson. Frostenson is an author and a member of the Swedish Academy, the prize’s secretive jury.

Arnault was charged with rape in June, but denies all the allegations.

The scandal, which kickstarted debate about the academy’s patriarchal nature and fights in the Swedish media between academicians, led to a wave of resignations and to the postponement of this year’s prize “in view of the currently diminished academy and the reduced public confidence”.

In its place, more than 100 Swedish writers, actors, journalists and other cultural figures have formed the New Academy, which will hand out its own award this autumn, following the same timeline as the Nobel.

“We have founded the New Academy to remind people that literature and culture at large should promote democracy, transparency, empathy and respect, without privilege, bias arrogance or sexism,” they said in a statement.

“In a time when human values are increasingly being called into question, literature becomes an even more important counterforce to stop the culture of silence and oppression. The New Academy regards this as so important that the world’s greatest literature prize should still be awarded in 2018.”

The New Academy is inviting all of Sweden’s librarians to nominate authors. Contenders can come from anywhere in the world, and must have written at least two books, one of which was published in the last 10 years. They are looking for a writer who has told the story of “humans in the world” – in contrast to the Nobel, which is intended to honour the writer who has penned, in the words of Alfred Nobel’s will, “the most outstanding work in an ideal direction”.

Once nominations have been received, the New Academy will launch a public vote, with the four most popular authors to then be put before its jury. Led by editor Ann Pålsson and also including Gothenburg University professor Lisbeth Larsson and librarian Gunilla Sandin, the jury will announce its winner in October, the same month the Nobel is traditionally announced.

“In awarding this prize, we are staging a protest. We want to show people that serious cultural work does not have to occur in a context of coercive language, irregularities or abuse,” said the new organisation.

On December 11th, the day after the winner is presented with their award at a formal celebration, the New Academy will be dissolved.

It is currently expected that the Swedish Academy will announce two Nobel winners in 2019.–Guardian