Cathal Brugha’s plot to wipe out British Cabinet over conscription 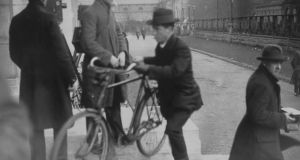 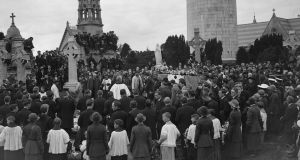 While many argue that the execution of key 1916 leaders transformed the Irish political landscape, it was the spectre of conscription that would unite all elements of Irish society and effectively deliver electoral dominance to Sinn Féin. Conscription had been passed by parliament in 1916 and was in operation in Britain. The government had held off on introducing it in Ireland for fears of a backlash from nationalists. In 1918, with casualties mounting and troops dwindling, it began to look likely that the army would initiate conscription in Ireland.

The Catholic Church, the Irish Parliamentary Party, trade unions, the IRA and Sinn Féin were united in their opposition. Mass rallies were held across the country. Ultimately, it would be Sinn Féin that would capitalise on this outpouring of opposition to British rule in Ireland, winning by a landslide in the December election and forever changing the Irish political landscape.

The IRA’s resistance plans to any forced enlistment were drawn up at a meeting of its executive at the end of March 1918. Twenty members of the executive were present, including Éamon de Valera, Seán MacEntee, Cathal Brugha and Richard Mulcahy. Only Michael Collins was missing, as he was in prison. Brugha proposed that he would lead a team of IRA assassins into the House of Commons and assassinate the British Cabinet if they announced the introduction of conscription in Ireland.

The Volunteers’ newspaper, An tÓglach, reported “the unanimous decision of the Executive of the Irish Volunteers to resist conscription to the death with all the military force and warlike resources at our command”.

Mulcahy and Brugha began interviewing prospective IRA men for the mission, accounts of which can be found in the Bureau of Military History Archive. One member of the team, John Gaynor, recalled that Mulcahy “gave me to understand that the chances of any of the party of Volunteers surviving subsequent to those executions would be one in a million”.

They crossed over to London in April and May, with Brugha in command. Each assassin was assigned a target minister, who they followed around Whitehall, studying his movements. Gaynor even went to Wales and hid outside Lloyd George’s home. Joseph Good stalked Bonar Law, whom he found “singularly incautious considering all he had done and proposed to do in Ireland”.

Brugha, lame from the wounds he had received during the Rising, sometimes limped into the viewing gallery of the House, often armed with a “Peter-the-Painter” Mauser, waiting to strike if the Cabinet announced that conscription was to begin. The police who patrolled Westminster thought he was an ex-British soldier who had been wounded in Flanders and so used to help him find a seat. IRA man William Whelan once accompanied Brugha to the viewing gallery on a reconnaissance mission. They were sitting together in the viewing gallery when Brugha whispered to him “when the time comes I will do all the shooting here at the Ministers: you keep the people back from me … if you can, shoot your way out. That is all I want you to do. To keep the people away until I have finished the firing.”

The IRA team remained in London over the summer and autumn. The collapse of the German army on the Western Front in October led to the end of the war in November and, with it, the threat of conscription passed. By December, Brugha was back in Ireland and campaigning in Waterford for the upcoming general election, a seat he won and retained until his death in 1922.

In accordance with its policy of abstention, Sinn Féin TDs refused to take their seats in Westminster. Instead, they convened their own assembly at the Mansion House in Dublin on January 21st, 1919. Fewer than a third of their TDs could take their seats as they were either on the run or in prison. At this first meeting of the First Dáil, Brugha was elected President and he appointed a temporary cabinet. On the same day, the IRA attacked and killed two police officers in Tipperary. The day’s events symbolised the nature of resistance to British rule in Ireland for the next three and a half years: the combined use of military force and political organisation to achieve independence.

Over the course of the War of Independence, Brugha tried to revive the Westminster plan, but the support of his colleagues diminished for such action. Very little has been written about the plan to assassinate the Cabinet, and when it is mentioned, it is presented as a solo run by an Anglophobic, bloodthirsty Brugha. The historian Charles Townshend has characterised him as a man “happier with gun in hand, facing death, than had been facing political disagreement in the council chamber”.

One of the reasons that this negative portrait of Brugha exists is the lack of an English-language biography that charts his life and times. Brugha was a highly secretive revolutionary. As minister for defence, he was privy to huge amounts of classified information and he was very aware of security. When he addressed the Dáil, he almost always did so orally so as not to leave a record and almost all of his written correspondence has been destroyed.

Others, such as de Valera and Mulcahy, left extensive archives that are essential to our understanding of the period. However, they were not objective historians. Both men have tried to influence our understanding of the revolution through their archives, to present themselves in a favourable light, sometimes to the detriment of others. New evidence from the Bureau of Military History, which contains the testimony of many ordinary people involved in the fight for independence, was released in 2003. The record of some of the assassins who went to London with Brugha are contained in this archive. They clearly state that Mulcahy and Collins recruited them and briefed them for the mission, along with Brugha. By using new evidence, along with older sources, my biography of Brugha attempts to sketch a more balanced picture of Brugha. It challenges the idea that he was merely a one-dimensional gunman.

What emerges is Brugha’s complex attitudes towards violence. He was willing to lead a suicidal mission into the House of Commons to assassinate the people who he saw as directly responsible for the violence in Ireland. However, he removed names from Michael Collins’ list of spies who were to be executed by the squad on what became known as Bloody Sunday. As IRA leader Ernie O’Malley recalled, Brugha “was very conscientious and adamant in his judgement. If to his mind there was the slightest loophole for uncertainty about an agent or spy, then the individual could not be dealt with.” At one stage, Brugha banned the IRA from carrying out ambushes on Saturdays because there were too many shoppers on the streets. He would not allow the execution of women spies and always went to great lengths to avoid civilian casualties.

In writing this long-overdue appraisal of Brugha, I have drawn wherever possible on new sources. As we move closer to the anniversary of the First Dáil I hope this work will provide a more balanced portrait of one of its key proponents.
Cathal Brugha by Fergus O’Farrell is published by UCD Press