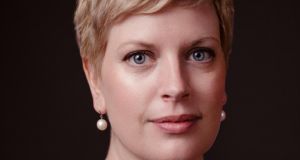 Sarah Perry: her “Melmoth” is packed with the gothic hallmarks of its Romantic lodestar, Charles Maturin’s “Melmoth the Wanderer”.

Written by an eccentric Irish curate, Charles Maturin, Melmoth the Wanderer (1820) is a bizarre gothic romance. “A novel”, as the protagonist of Sarah Perry’s latest work suggests, that “nobody reads”. Even if that’s not quite true, the relative obscurity of Maturin’s book is undoubtable. Maturin’s novel relates the torments of its Byronic title character, Melmoth, who has made a pact with the devil in return for 150 more years of life, and is left to search the world for a victim to release him from it. Travelling between rural Ireland, India, London and Spain, the novel is long and odd and wonderfully weird.

Written “after” Maturin’s work (and dedicated in his memory), Sarah Perry’s Melmoth is packed with the gothic hallmarks of its Romantic lodestar. The imagery is eerie (chairs left overnight in empty fields for supernatural visitors, jackdaws shattering windows with their beaks, swans encrusted in the frozen Vltava); there are discovered documents, footnotes (often matter-of-fact and quietly devastating), and compiled histories in which a black, ghostly figure moves, always watching, from 17th-century England to Prague, Egypt, and 20th-century Manila.

Helen Franklin, an Englishwoman living in Prague, becomes heir to some documents compiled by her late friend, the university scholar Dr Karel Prazan, in which he is tracing the appearances, over time, of a dark woman, Melmoth (also Melmotte, Melmotka). Perry’s female incarnation of Maturin’s antihero, Melmoth is also reconceived as “the witness”, rather than solely “the wanderer”. Appearing at moments of stress or acute guilt, she tries to convince mortals she has witnessed committing terrible acts to join her in her wandering. Folksongs, novels, letters and diaries are discovered, where “the witness” seems to have appeared, but these swiftly become personal, as the histories of the various characters are revealed and coalesce around Helen, who is running from the haunting guilt of an act committed years before in Manila.

In Melmoth, the prose is rich, elegant, atmospheric – the sentences carefully made, full of turns and delicate, closely observed detail. Perry can sketch a character in the sort of quick accuracy that is the hallmark of her Victorian model. One character is “tall, and carefully thin” (how much work that “carefully” does), another is like “a piece of mirror hanging on a wall: empty, unless another man walked past”. The prose is so luscious, in fact, that at times it feels as though it has been worked at the expense of character and plot. Perry’s eye is so sharp, so attuned to detail and so beautiful at phrasing, that sometimes the characters are described vividly, but not always developed. The tension of the gothic novel, too, is lost somewhat in Perry’s present tense narration, and so Melmoth starts off rather slowly, although the novel is more than capable of ratcheting up the suspense (as we see in the final pages).

If, in the early stages, the novel can feel lacking in substance, as with all good artistic symbols (Melville’s whale, or Woolf’s lighthouse), Melmoth accrues meaning and subtlety as the narrative progresses, becoming a sign of witness, of collective and personal guilt, of repression, and of the unconscious making itself present, disruptive. As we read on, the puzzle accrues complexity, and the threads pull together in a flourish of plotting.

The horrors listed in Melmoth are brutal and described in haunting detail – sacks scattered on a seashore, each containing the body of a child; a woman burning slowly in an underfunded hospital after an acid attack; a baby with a broken neck. This is a novel with an unexpected social conscience, a true return to the Victorian gothic. The story leads Karel, the scholar, to England, where he becomes an unexpected witness to deportations, to detention centres, to the mistreatment of asylum seekers. He concludes “there is no Melmoth, there is nobody watching, there is only us. And if there is only us, we must do what Melmoth would do: see what must be seen – bear witness to what must not be forgotten.”

Perry is also heartbreakingly acute on the power of witnessing in personal terms: at one point, Helen’s lover “looked at her lovingly, and in doing so made her worth loving”. The act of looking also becomes a responsibility, with Perry probing its transformative effect. Through the novel’s expansive scope, the present-day narrative chimes with a history of empire, racism, war, systematic violence, and Perry shows these to be interconnected, ongoing, exploring their resonances over time and geography.

Above all, Melmoth is a truly human novel, a plea for responsibility, for witness, for the need to avoid abandoning oneself to guilt, to resist being overwhelmed. At the end, Helen cries out in realisation, “I do have hope, I feel it in here like a pain!” In this novel, Perry herself becomes a sort of Melmoth, showing us horrors, encouraging us to witness, to make connections, and to change.