Bridge of Clay review: Slow-paced novel is both masterful and tedious

Markus Zusak’s rich characterisation is dragged down by overwrought style 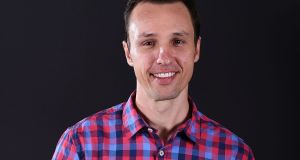 This is a story about “how before-the-beginnings are everywhere”. A family drama, Bridge of Clay begins with five boys – the Dunbar brothers – who are living in a house without adults. One day, their father comes back, and asks the second-oldest brother, Clayton (“Clay”), to help him build a bridge. Told by the eldest son, Zusak’s novel seems to emulate the actions of memory: it is an elaborate puzzle, which jumps from timeline to timeline, over multiple decades, with a large cast of characters, throwing up scraps of information and backstory until, gradually, the narratives begin to coalesce.

Difficult to locate both in terms of time period and geography, the setting for the story seems to be Zusak’s homeland of Australia, though very little information is given away, which can be frustrating for a reader who wants to fully imagine a visual world for the characters. It is also often hard to tell which period of the narrative we are in at any given point: the segments can be as short as a paragraph or two. They come and go in a flash.

Bridge of Clay, in other words, requires a patience and concentration perhaps at odds with its easy narrative voice. The pace is very slow at times. There is never a sense that each part isn’t necessary for the purpose of the story as a whole, but some of the segments are laborious to read, and some are overworked. In a particularly well-rendered and poignant scene between Michael, the “murderer-to-be”, and his partner, Abbey, the relationship’s breakdown is laid out in fine and distressing detail. Abbey’s courage in speaking is given in heavy and beautifully strained speech. “The strength it took had weakened her, if only momentarily, and she slid back down upon him, her cheek like a stone on his neck.” Unfortunately, that subtlety is undone by the following chapters, which hammer the point home too forcefully, killing the effect.

Hotly awaited after the phenomenal success of The Book Thief, published in 2005, Zusak’s novel has many of the stylistic tics of its predecessor: staccato description, choppy narrative, and sometimes poetic features of syntax and imagery. At times, Zusak turns a beautiful phrase – there are “marathons of sky”, the light is “like a river mouth”. At others, what seem like poetic phrases are in fact vague and somewhat showy – Rory, for example, “stood like a rumour”, an image which seems like it means something but, upon closer inspection, really doesn’t.

Zusak has the annoying habit of writing each statement as a new line. “I should tell you what we were like: / Many considered us tearaways. / Barbarians. / Mostly they were right: / Our mother was dead. / Our father had fled.” What starts off as a technique for emphasis very quickly becomes an annoying habit, a writerly quirk that, over the course of nearly 600 pages, becomes difficult to bear. Likewise, parts of the book feel self-consciously poetic in a way that snaps the reader out of the narrative. Full rhyme in a poem is difficult enough to pull off successfully, but in a novel, it’s even harder:

“Trying to recapture his resolve, he stood motionless, in this corridor of strapping eucalypts. He felt the pressure in his lungs: a sense of oncoming waves, though they were made now only of air. It took reminding to breathe them in.

Out here somewhere was where waters led.

Out here somewhere was where murderers fled.”

The crisp imagery of the prose descriptions is undermined by the self-congratulatory end-rhyming of the final two sentences. Zusak’s rhyming, here, is emblematic of a more general tendency to break every narrative into small paragraphs or sections, and to end each of these with an apparently telling or teasing line: “Until now”; “We loved what you did next”; “In months ahead, she would push too soon.” This sense of trying to intrigue the reader, to draw them through the narrative, begins to feel like a prolonged delay of information, and risks losing us before the stories of Zusak’s novel begin to fall into place.

Delayed gratification, in fact, is quite typical of Bridge of Clay, which on occasion falls into place in spectacular style and effect, bringing Zusak’s masterly skill for characterisation to the fore. Sometimes tedious, at other times masterful, this isn’t a novel destined for the success that met The Book Thief, though, if you have the patience, it’s worth sticking around for.