Artful misdirection and a carefully-timed twist: the latest in crime fiction 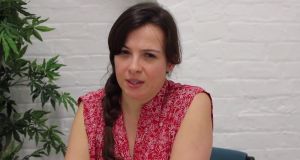 Joseph Knox’s glittering, delirious noir debut, Sirens, introduced us to Manchester-based Detective Aidan Waits, a hard-boiled hero with a dark past, a dubious future and the sensibility of a doomed poet. The Smiling Man (Doubleday, £12.99) marks his return, and it is if anything an even better book. Condemned to working the seemingly endless, futile night shift alongside the grotesque DI Sutcliffe, Waits catches the case of a murdered stranger in the disused Palace Hotel. The eponymous victim’s teeth and fingerprints have been replaced, and only a patch sewn into his trousers gives a clue to his identity. Meanwhile, the ghosts of Waits’ past move from haunting to threatening, with a legacy of ultraviolence he has long tried to evade.

Although nominally a police procedural, The Smiling Man has the sense of place and vivid atmosphere of a classic PI novel. The city in high summer is invoked in almost hallucinatory intensity: “the heat hung motionless in the air, and the warmth still hummed underfoot. It had been baked down into the ground and into the buildings, charging the kerbs with kinetic energy.” A suspects speaks briskly, “like a woman who’d lost interest in her own life … she’d condensed three decades into as many sentences.” Stylish, intelligent and full of heart, Joseph Knox is the best thing to have happened to English crime fiction in years.

The Killing House (Headline, £14.99) opens in 1993 with Margaret Maguire, mother of one, tied to a chair in a barn that stinks of boggy soil and septic tanks and cows; she’s been lifted by an IRA punishment squad and her chief captor is not inclined toward mercy. Fast forward 21 years to the 10th floor of a London police station, and Margaret’s daughter, forensic psychologist Paula Maguire, is still wondering if her mother escaped to London: “Not dead for 20 years in an unmarked grave, but alive and walking the same city streets her daughter had crossed a hundred times?” When the bodies of a man and a teenage girl are unearthed on the farm where her mother was held, Paula agrees to work the case at DI Helen Corry’s request, but also in the hope that it might be connected to her mother’s disappearance.

The Killing House is the sixth and final volume in Claire McGowan’s terrifically well-sustained Paula Maguire series, and it shares all the virtues of the previous five: deft, subtle characterisation, elegant plotting, a nuanced eye for post-Troubles politics and above all, Paula herself – wry, compassionate, insecure but nobody’s fool. Warning: the closing pages are incredibly moving. This book will make you cry.

Susie Steiner’s second Manon Bradshaw novel, Persons Unknown (Borough Press, £7.99) is an ingeniously and extravagantly plotted, multi-voiced thrillride embracing police corruption, racial profiling, pregnancy, high-end prostitution, misogyny and murder in the City of London and the tangled knots of sisterly love. It is wise and witty about sex, romance, children and the promise of happiness. It is also beautifully written, right from the bravura opening: “Down. Dizzy. Pitching left. He is draining away like dirty water. Stumbling not walking, the ground threatening to come up and meet him. And yet he presses on. Something’s not right.” Manon on reluctantly moving out of London: “I’ve got a group of mums I feel comfortably ambivalent about, right here.” A prostitute on her pimp: “Actually he was a nice guy. I mean not at a deep level – at a deep level he’d break both your legs. But to meet and chat to.” The mother of a three year-old: “F***ing love TV … like taking their batteries out.” And pregnant Manon, heart sore for her imprisoned son: “She finds it hard to remember the yearning she felt for her own biological child, like the missing square in a tile puzzle: the space that haunted the picture.”

Like a lethal weapon, a nicely judged twist can finish the job or it can backfire disastrously. For me, the final twist in Sarah Pinborough’s bestselling last novel, Behind Her Eyes, fell into the latter category, although it should be said that I was decidedly in the minority (it even had its own hashtag: #WTFthatending). I have no such reservations about Cross Her Heart (Harper Collins, £12.99), a masterclass in artful misdirection, where reality is an illusion and no one is as she seems. The narrative shifts between uptight mum Lisa, haunted by her violent ex and the death of a two year-old boy, and daughter Ava, tight with her best girls, keen to lose her virginity to boyfriend Courtney and preoccupied with the older man she has met on Facebook, someone she can really talk to. When Lisa’s past emerges and Ava goes missing, the book graduates to a deeper and darker level: in particular, the back story scenes of childhood squalor are brilliantly rendered and utterly harrowing. To say any more would be to give Pinborough’s high stakes game away: suffice to say those twists keep coming, each one a perfectly controlled explosion, right to the mesmerising final pages.

In the opening pages of Louise Candlish’s Our House (Simon and Schuster, £12.99) Fi Lawson arrives home to find strangers moving into what the Daily Mail would probably call her £2 million London home. While she insists there must be some mistake, we soon learn the truth: Fi’s husband, Bram, sold the house six weeks previously, without her knowledge or consent. Bram takes up the tale from a hotel room in Geneva where, depressed and fretful, he fingers as the official catalyst for the entire disaster the moment Fi discovered him having sex with a neighbour in the playhouse at the bottom of the garden.

How Bram falls foul of the scam artists who blackmail him into selling the house from underneath his wife’s feet drives the absorbing narrative. Candlish writes wittily and unsparingly about property and parenting, the household gods of the Mumsnet classes, and her study of feckless male self-destructiveness is acute and disturbing. The worm finally turns in a superbly staged climax. Candlish’s suburban women may not be deadlier than the male, but they endure.