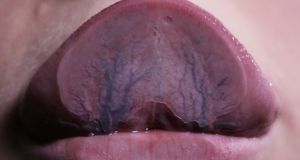 What should “equality” really mean for women? One argument suggests it demands support for women to achieve the same as men. Why is support required? Because (duh!) the systems of society have kept 50 per cent of the human race down for so long, it’ll take just as long to recover. Thank you, I’m glad we got that cleared up. Another, more subtle look at the question asks whether equality should mean valuing work by women in the same way as we value work by men, even if, or because, that work looks very different in form, material, message or content.

So yes, the Irish Women’s Rugby Team should get the same rates of pay and support as they do in the men’s game, but I imagine that, if left to their own devices, in the polished halls of elitist public schools in a parallel universe, women might have invented a rather different game. It’s all about parity of esteem.

Nevertheless, even when they have elected to compete on the same terms as men, women were often offered a very raw deal by the establishment. Also by the shapers of what ends up being considered history. Take Victorine Meurent. When I was learning about art, I was taught that the model for Edouard Manet’s famous Impressionist painting, Le Déjeuner sur L’herbe (1863), was a drunken prostitute. In fact, Meurent was an artist herself, and exhibited successfully in the Paris Salon of 1876, the year Manet’s own work was rejected. For the full story, read V R Main’s compelling A Woman with No Clothes On.

Women can clearly play the art game as well as men; and painters and sculptors including Georgia O’Keefe, Louise Bourgeois, Lynette Yiadom-Boakye and Elisabeth Frink show that, despite what some ridiculous critics have said over the years, the argument has been long since settled. But what if we had always esteemed art that looked a little different than that suggested by the core cannon of inherited history?

It hasn’t been easy, though things are changing. Dora Maar, for many years known solely as Picasso’s partner and muse (a retch-making term if ever there was one), is finally the subject of a major retrospective for her own work at London’s Tate (until March 15th, 2020).

Elliptical Affinities at the Highlanes Gallery gives us a peek at what a differently-centred world might look like. The exhibition features the work of 13 Irish female artists, enough for a coven, as Gill Perry cheerily suggests in one of the catalogue’s intriguing essays. She also includes a very brilliant image of Louise Bourgeois, aged 64, walking down a street in New York, wearing a huge oval latex dress that features an abundance of vast brown breasts.

The photograph made me think of John Berger’s famous line from his 1972 series, Ways of Seeing. The critic had described how women have been taught to observe themselves, “because how she appears to men, is of crucial importance for what is normally thought of as the success of her life”. He continues, “one might simplify this by saying: men act and women appear. Men look at women. Women watch themselves being looked at.” So I think of that, and then I see Bourgeois marching down the street just three years later, dressed in rugged latex breasts, and I also imagine she’s saying “f**k you” to anyone who would even dream of sexually objectifying her.

But the 1970s were a lifetime away, surely we’re all sorted now? You might like to think that. The period the Highlanes exhibition covers is from 1984 to the present day. It begins as the Eighth Amendment had just been enacted. In that year, 15-year-old Ann Lovett died with her baby giving birth in a grotto in Co Longford; the same year as the Kerry Babies case would also come to preoccupy the country.

The intervening period saw progress. Homosexuality was decriminalised in 1993. But Savita Halappanavar still died in need of a termination in 2012. And lest we get carried away with the success of the Repeal and Equality referendums, the murky sexual politics being uncovered by the Me Too movement show that the battles are, possibly, never fully won.

In the exhibition, Alanna O’Kelly’s Chant Down Greenham, 1984, is a sound work that is part cry for change and part lament. It was made with, and in response to the women’s peace camp at Greenham Common in the UK. The camp was set up to protest the nuclear weapons being housed at the site. In 1983, 70,000 protestors had made a 14-mile human chain. The camp was to last for 19 years, and proved a turning point in many women’s role as activists and political beings.

O’Kelly’s chant doesn’t sound like the protest songs I grew up with. Not the ones we yelled out marching against various things as students. It is deeper, more primal while being extraordinarily articulate. The artist has said that to make the sound she had to use her whole body. Patricia Hurl’s paintings are a different kind of cry of rage. The Kerry Babies Trial, 1985, shows a row of clerical figures, their faces swathes of paint. They brood in an anonymous lurk of powerful menace. And yet Hurl’s paint is also tightly controlled. She knows what she’s doing, and she’s very, very good at it. Emotions are often gendered. Men’s anger can be directed. Women’s rage is depicted as being uncontrollable. Hurl’s painting gives the lie to this.

Whether she’s projecting storms into teacups, swimming with jellyfish, or sticking sculpted penises onto crab shells, Dorothy Cross has done more than most to demonstrate that art made by a powerful woman may not look exactly like the works made by similarly powerful men. Her Virgin Shroud from 1993 was one of her first excursions into using cow hide – and the piece, complete with udders, could be either ceremonial garb or a wedding gown. Whatever it is, it is rich with hints at ideas about life, labour, repression, sex and death.

At the Highlanes, her work is represented by Mr and Mrs Holy Joe, 1986. Here, bits of wood and metal: pipes, hooks and implements; make the shapes of a recognisable couple. Linked by a veil of muslin they’re nevertheless facing away from one another – stuck in a sense of who and what they’re meant to be. It would be wrong to call this work subversive. Subversive implies being forever subordinate, and this is nothing of the sort.

Art history has a lineage. Even though we live in a fractured and individualistic age, what has come before influences what is yet to come. An increasing recognition of the role of women throughout time, may help shift the balance. And despite the fact that, in some forms, it thrives on shock, art also tends to look like what we expect it to. This exhibition helps to create a platform for art to look different, and for us to look differently at it.

Can you characterise “women’s art”? Only in so far as it is coming, of necessity, from a different set of politics to that by men. Alice Maher dips into myth to find a source from which to rewrite women’s stories, and also perhaps pinpoint a time in the past when things could have turned out another way. Art by women also emerges from a different body, which inflects the work of many of the artists in the exhibition, such as Rachel Fallon and Aideen Barry – although it would be hugely reductive to suggest that was the sole point of their work. And that is the point: one day we may even consider the merits of art by people. Not gendered, not binary, just simply and powerfully human.

It seems wrong to use the word “seminal” in relation to women’s art (think about it). Taken in the spirit of influence, rather than the word’s other meaning, here are some seminal works of art by women

Hilma af Klint, born 1862. The Swedish artist’s abstract paintings predate those of Wassily Kandinsky, who had been long credited as the form’s pioneer. Meret Oppenheim, Object, 1936: covering a tea cup, saucer and spoon in fur, the Swiss artist made one of Surrealism’s defining images.

Frida Kahlo, Two The Fridas, 1939: using the self as a subject is commonplace now, but Kahlo’s unflinching examinations of herself have inspired generations (as well as a whole souvenir industry).

Judy Chicago, The Dinner Party, 1974-1979: this triangular table with 39 place settings is a tribute to mythical and historical women, and an antidote to phallic symbols everywhere.

Alice Maher, Palisade and Helmet, 2003, and The Snail Chronicles, 2004: Maher’s work with snails – both shells and trails – was a direct influence on Amanda Coogan’s performance, Snails, 2009, which opened the Highlanes show.