The rules of hospital art: ‘If you can’t clean it, you can’t have it’ 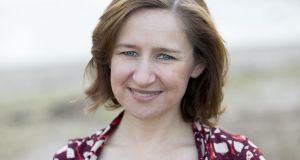 Mary Grehan: says the hospital’s Youth Advisory Council “want to make a hospital that doesn’t look like a hospital from the outside” 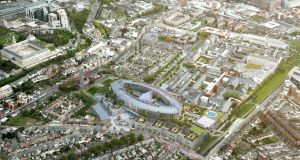 As the ground is about to break on the site of the new National Children’s Hospital, it’s time to look more closely at what’s going inside.

The hospital will cost more than €1 billion to build. Alongside the 6,150 rooms and an internal street the length of Grafton Street, Mary Grehan is now exploring the possibilities for art in and around the complex.

Grehan, who initially trained as an artist, has years of experience, working both at Holles Street and the pioneering Waterford Healing Arts Trust. Her enthusiasm is infectious, although she is also incredibly practical as she describes the scale of the challenge.

“There’s going to be lots of layers,” she says, outlining the seven initial sites for art on the campus. “There’ll be a similar call for the clinical and specialist areas, and I’m also planning the arts and health programme: looking at how a child’s experience will be, how we’ll reach the child at the bedside.”

The hospital will incorporate an exhibition space, music recording studio and a lecture theatre that will double up as a cinema. “People at the hospital are concerned with the psychological health of the children, so there’s a lot of scope for an artist-in-residence to engage.”

Ireland is a leader in understanding the benefits of art in healthcare settings. The Open Window project, at the National Bone Marrow Transplant unit at St James’s Hospital in Dublin, not only used screens to show art works to patients in isolation units, they also ran a scientific study over three years (2006-09).

This showed that patients who had access to Open Window had significantly reduced levels of anxiety and depression both before and after treatment. Studies such as these are vital in bringing hard scientific data to bear on the “soft” subject of art. With this in mind, Grehan is keen for the hospital to feed art into its research. As she puts it, “evidence-based healthcare needs to see the evidence”.

But what can artists do in a high-tech building designed to treat some of our illest and most fragile citizens? I was traumatised by a sacred heart picture in intensive care as a child. It may have been comforting to someone else, but to me it seemed to speak to me of coming up wanting when it came to admission to the afterlife.

It’s clear that the subject matter of the art has to be carefully considered. Grehan has consulted closely with the hospital’s Youth Advisory Council, made up of young people who are or have been patients.

“They’ve said some very inspiring things; they want to ‘make a hospital that doesn’t look like a hospital from the outside’.” But there are constraints, the most practical being infection control. “If you can’t clean it, you can’t have it,” says Grehan. “Then there are guidelines on impacts for children with autism.”

She also points out that they’re not asking artists to make work about the hospital. “Sometimes artists propose work that is about their own experience, but I’d suggest that what’s born from a hospital experience isn’t necessarily right for a hospital setting.”

She cites Remco de Fouw’s 1996 multi-part piece for Waterford Regional Hospital, which includes a large prism on a pole, illuminating the foyer with occasional magical rainbows, as a good example of work in such a context. “At the end of the day our commitment is to the children, young people and families that are going through a particularly challenging time in their lives.”

Given the proven benefits, what about the budgets? The research phase, which will invite artists to explore the site and develop their proposals, is funded by the Government Percent for Art scheme. But lest you think that 1 per cent of a billion will bring €10 million, think again. Percent for Art is capped at €64,000 per project, and with a building of this size, that’s not going to go very far.

“I would like a percentage,” says Grehan, laughing. “We have that as a starting point, so we’re offering artists a stipend of €3,000 for research. Then we’re asking artists to pitch a proposal with a budget that’s realistic. These are big spaces, so these will be big works with a big job to do.” Once the artists’ proposals are selected, the next stage is fundraising, as Grehan says the €64,000 limit “curtails the ambition of what’s possible”.

With all the talk of the integration of art throughout the State with Creative Ireland, will additional money will be forthcoming from the Government?

“I think things like The Gathering, 1916, and now Creative Ireland are feeding into our national psyche. It was never a question of me having to sell the notion of arts in the hospital. It’s becoming part of the language, and certainly part of our identity.”

But does that mean the Government might step in with more cash? There’s a pause. “They might. I lie awake and I fantasise, but really I don’t know.”

She describes successfully raising the necessary finances at Holles Street. “I’ve been here before,” she says, adding that “good arts and health practice is based on partnership on every level between the arts sector and health sector, including funding, and I would hope that that will be reflected”.

Grehan practises what she preaches. “There was a period of my career that I was so busy being an arts manager that I didn’t engage with art.”

Since that realisation, she has returned to art making, and also published a novel. When we speak she has just returned from a residency at the Heinrich Boll Cottage on Achill.

Back at work, she considers again the task in front of her. “When people ask me about the rows over the hospital I could get depressed, but the biggest influencer on me is the passion of the people I work with. Children make us be the best possible people we can be, they make us be the best possible society we can be. That’s what we’re working for.”

The deadline to apply for the Research and Development phase is July 19th. newchildrenshospital.ie