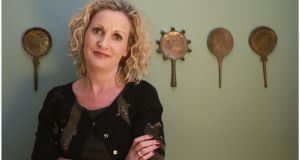 Arts Council director Orlaith McBride: “We must find a different way to support older artists,” she says. “There are no plans to reduce Aosdána’s funding. Photograph: Brenda Fitzsimons

Some of Ireland’s smaller arts organisations will be able to bid for three years of State funding from the Arts Council under major changes to its funding rules that will come into force later this year.

Currently, only the State’s biggest arts bodies, such as the Abbey and Gate theatres, enjoy three-year Arts Council funding, while smaller organisations have to compete annually for a share of its €35 million funding budget.

Now, however, the council is confident that Taoiseach Leo Varadkar will follow through on pledges given during the Fine Gael leadership battle to double funding for the arts and sport.

The funding rules will be simplified, and handled online while organisations and individuals will no longer have to apply separately across a range of categories for different categories.

Illustrating existing problems, Ms McBride gave the example of a theatre company where it would make separate applications for core funding and for touring costs.

“If you wanted to make an artist residency, you had to make a separate application. Now these will all be folded into a single application,” the council’s director said.

Promising “clearer and more transparent” decision-making, Ms McBride said a new scoring system will be introduced, and organisations will receive those scores.

Each organisation will also have a meeting in the spring with the council to try and help them identify developmental goals. Crucially, this meeting will not be linked to funding decisions.

“We want to have a real conversation about what they do and why they do it, their plans for the future, [to] have those conversations in a more transparent and open way that doesn’t have the spectre of funding hanging over it.”

The three-year funding rule for small arts organisations will be introduced as a limited pilot scheme to test its efficacy later in the year. Previous attempts to give longer funding guarantees were shelved after the 2008 crash.

Saying that the Arts Council wanted to strike a better balance between the “tried, tested and established” and “the new and experimental”, Ms McBride said new artists and new organisations will be supported.

In June, the council withdrew a discussion document that proposed wide-ranging changes to Aosdána, an organisation of 246 older artists. Of these, 145 receive a €17,180 annual stipend. The council has agreed to meet Aosdána’s representatives with a mediator in a bid to resolve the dispute.

“We must find a different way to support older artists,” says Ms McBride. “There are no plans to reduce Aosdána’s funding. There was never any intention to reduce it. It was about working out the structure and how we work into the future.”