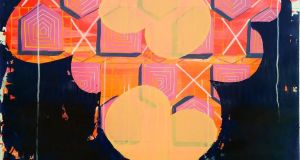 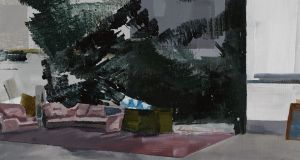 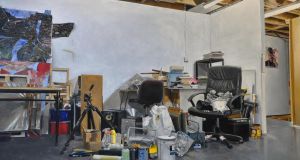 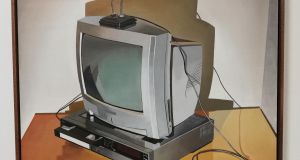 The Hennessy Craig Award exhibition, open from Friday September 6th in the Dr Tony Ryan Gallery at the RHA, is the first public manifestation of a significant reboot of the award. Now presented biennially, its monetary value is significant at €20,000 (the winner will be announced on Wednesday, October 9th). The show comprises a two-year shortlist totalling 10 artists, five selected each year – this and last – from the annual RHA exhibition. That in itself should be revealing in terms of reflecting momentary shifts in taste and mood. Also, the shift to a biennial schedule somehow invests it with greater weight, in just the same mysterious way that international biennials enjoy an inherent advantage over annual exhibitions.

The title is a conjunction of two artists’ names, H Robertson Craig and Patrick Hennessy. The award began life in 2002 on an annual basis. It derives from Craig’s bequest to the academy. The terms are that it should go to an artist – specifically a painter – under the age of 35 exhibiting in the academy, and one who has studied at a recognised art college on the island of Ireland. All of which narrows down the field considerably. Or it would do, except that, while not perfect, the RHA’s open-submission, jury-vetted selection process is relatively open and democratic, and much more inclusive than it used to be. The length and breadth of Ireland is quite well catered-for in terms of art schools, and there is a vast pool of artists under 35 keen to exhibit. Besides which, the term “painter” does not mean one kind of painter. All of which augurs well for the show.

That is borne out by the quality of the 10-strong shortlist. Each is invited to exhibit up to four works and, while those works are clearly important, the award will be decided on a more general sense of their endeavours. And, generally speaking, each of the artists has already attracted favourable attention and featured in other group and solo show contexts. The gender balance is evenly female-male.

To be fair, one expects that the RHA will place a premium on representation, given its history. That’s not a problem. As it happens, going back over the last 20 years and perhaps a little more, there has been a steady stream of young painters emerging from the art schools who have taken to representational painting – quite against the odds, in many ways, given the distracting appeal of, for example, digital imaging and the wealth of new platforms for displaying and circulating it.

Gerry Davis, whose studio interiors recall the cool, offhand realism of Kevin Cosgrove’s garage and workshop paintings, has more recently extended into autobiographical narrative with a touch of magic realism.

If Tynan seems to tell simple stories, it is as a means of broaching underlying complexities

Kathy Tynan’s much more informal, pared-down, anecdotal approach to the environments of daily life, from domestic spaces and routines to the haphazard urban fabric, has also earned considerable acclaim. If she seems to tell simple stories, it is as a means of broaching underlying complexities. As with Davis, her work relates comfortably to strategies in fiction writing and photography.

Stephanie Deady also addresses domestic spaces, interiors that are patched together as if indicative of the efforts of their inhabitants to maintain a sense of order and coherence. Her paintings embody both internal, mental spaces and architectonic structures, and gain what one might term their dramatic tension – considerable – from the interplay between them. They are sometimes like contemporary takes on Italian metaphysical painting.

The work of both Eve O’Callaghan and Megan Burns comes across as abstract painting in an almost classical sense: areas of flat colour, hard-edged geometric divisions and forms. Both depart from a strict rectangular compositional format. Again, it is as if this form of abstraction has never really gone away, even on the far side of the peak of high modernism. The mind is drawn back to its possibilities. Burns implies a more architectonic, referential image in the structures she creates, opening up spaces and depth. Space, depth and rotation are also implied in O’Callaghan’s compositions, as it happens, but more subtly.

That leaves painting as a form of speculative invention in the more gestural work of Leah Hewson and Kurt Oppermann. Hewson is willing to take the high-wire route, following the possibilities presented as she throws bold motifs into precarious play. There is often a hint of a background, underlying order in her pictures, but she doesn’t put her faith in it; it’s the foreground uncertainty that energises and perhaps threatens. Oppermann is more considered, more even-tempered in his speculative forays. It’s at a different pace, but equally compelling.

Aspects of Hewson’s work chime with that of Marcel Vidal, who has specialised in an art of unease. He is probably more associated with big, bristling installations, but has also consistently worked with images per se.