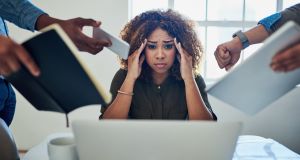 For those who grew up in the 1970s or before, life-learning was often taught by the school of hard knocks. There wasn’t much disposable income in most families, and rites of passage, such as getting pocket money, learning to drive or going abroad for the first time were all hard earned.

Having grown up with this sparing regime those who had children in the 1980s and early 1990s were determined to make life easier for their children. They were often more protective of their children than their parents had been of them, and were quicker to applaud and reward even small accomplishments. They also did far more for their children, gave them a lot more and at younger ages, and dropped their expectations around what their offspring should do in return.

Easing up on the harsher aspects of old-style parenting was unquestionably a good thing. However, it seems the pendulum has now swung too far in the other direction. By putting a bigger buffer between our children and the big bad world and generally doing too much for them, we have put them at a disadvantage by making them less able to cope with the ups and downs of normal living.

The fact that many young people are finding life difficult is well documented. In the UK, for example, the rate at which antidepressants are now being prescribed to children (aged 3-17) doubled between 2006 and 2015.

The statistics for the US, Denmark, Germany and The Netherlands also all show an increase, while figures for Ireland show a quadrupling (among those aged 15 and under) over a six-year period to 2017. Anxiety and lack of alternative clinical options are cited as two of the main reasons for the increase in prescribing.

Earlier this month new research from the VHI focusing on mental health in the workplace showed that a high proportion of corporate employees in Ireland suffer from worrying levels of stress, anxiety and depression. Health Insights also identified the lack of resilience among those aged under 34 as a major concern.

The American Psychological Association defines resilience as “the process of adapting well in the face of adversity, trauma, tragedy, threats or significant sources of stress – such as family and relationship problems, serious health problems or workplace and financial stressors.”

Resilient people are not immune to stress, distress or difficulty but they can deal with it. They are able to bounce back from setbacks and difficult experiences, they are not easily discouraged by failure, and they have the grit to persist in the face of challenges.

Resilience is a fundamental human characteristic but it is one that is largely learned through setbacks and adversity. Over-protecting children from life’s lessons has produced a generation that didn’t learn to cultivate this skill, or at least not to the extent now required by modern living. And there’s the rub. Today’s under-35s are actually experiencing double trouble because they are trying to navigate a faster moving, highly pressurised “always-on” world with reduced coping skills.

Dr David Morris has recently been appointed to the new position of corporate wellness programme manager with the VHI. Previously a practitioner in emergency and acute medicine, Morris has been working in corporate wellness for the last five years. He says resilience, or lack of it, is an increasing problem.

“It’s a life issue so it’s a work issue and shows up in workplace trends such as frequent sick leave, mental health problems and faster turnover of staff because people feel so stressed they have to get out. What’s particularly worrying is the trend towards pathologising it with an exponential rise in the prescription of anti-depressants.

“Just over 20 per cent of the employees interviewed for our recent research described themselves as ‘stressed or very stressed’ and partly in response to this VHI is launching a new programme designed to boost people’s resilience by focusing on how to handle life’s ups and downs more effectively,” Morris adds.

“The programme will be delivered by experts in the mental health, fitness and nutrition fields, and will be free to corporate members. It’s not easy to ‘teach’ resilience because it’s something you learn growing up, but we can teach people to be more self-aware and how to develop better coping skills.”

Training and HR consultancy Optimum runs a resilience-building programme called Fit for Success. “It’s aimed at helping people to understand what resilience is and its connection to issues such as stress,” says the company’s client relationship manager Ronan Harrison. “The workshop helps people build strategies for daily resilience that will ultimately help them sustain their performance in high-pressure working environments.”

Stephen Butterly is head of operations for Irish-owned Hickey’s pharmacy chain. The company has 36 stores with 375 employees, and has recently run Optimum’s Fit for Success programme for a group of nine store managers. “We did resilience-building as part of a wider training and upskilling initiative aimed at equipping our team to develop personally and to handle the pressures of working in a very competitive industry,” he says.

“Pharmacy is a fast-paced environment that requires great care and compassion as well as the ability to multi-task. The training helped our team leaders identify stress triggers, share responsibilities to create a better work-life balance for staff, and develop strategies for increasing resilience and professional effectiveness for themselves and their teams.”