Vodafone partners with Abodoo to promote remote working in Ireland 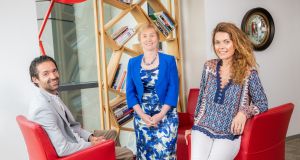 Vodafone has teamed up with start-up Abodoo to promote and support remote working for Irish businesses.

The two companies will work together to educate employers on the benefits of smart working, including attracting and retaining talent, promoting diversity and inclusion, and a healthy work-life balance.

The partnership is intended to provide direct support to the Gigabit Hubs initiative launched by Vodafone and SIRO (a broadband joint venture between Vodafone and ESB) in 2017. The hubs provide one gigabit broadband connections – considered the gold standard of internet access internationally – free for two years to businesses and remote workers.

Eight hubs have been established, and some 29 new companies have moved their business to them since the initiative was launched.

Among the plans are joint educational campaigns and events for Vodafone customers and for companies in the Gigabit Hubs, including the new hubs that are scheduled to go live later this year.

“This is an exciting new venture for Vodafone. Through this partnership we want to show our customers the value of smart working for their businesses, their employees and for society as a whole,” said Regina Moran, enterprise director at Vodafone Ireland.

“Smart working has many clear benefits, but the positive impact created by reduced commute times on quality of life, wellbeing and the environment are at the heart of why this is important to me and to Vodafone.”

According to figures quoted by Vodafone, more than 200,000 people in Ireland work either from home or in a co-working space, and this is increasingly being considered by both businesses and employees.

“Abodoo is delighted to have partnered with Vodafone as we believe their goals for diversity and inclusion, flexibility and agility in the workplace align directly with our own. Remote working makes economic and environmental sense and can vastly improve the quality of life for workers,” said Vanessa Tierney, co-founder of Abodoo.com.

“Vodafone’s focus on connecting and supporting rural Ireland through their Gigabit Hubs Initiative will enable more skilled workers to work in a location of their choice. Through this partnership, we have the opportunity to support the regeneration of rural Ireland while enabling companies to access amazing talent fast, efficiently and at a reduced cost.”

Abodoo was established by Ms Tierney to match workers and companies who are interested in permanent remote, flexible, hybrid or co-working roles.