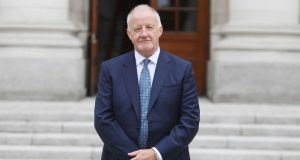 At least a dozen companies trading on the Euronext Dublin are set to fall short of a Government-backed target for there to be no all-male boards among listed companies by the end of 2019.

Gary Kennedy, who co-chairs the Balance for Better Business group alongside Nephin Energy chairwoman Bríd Horan, said the group was “very mindful that there are still 15 companies with zero female directors”.

There should be no excuses for failing to meet recommendations set by the group, which include a target of 33 per cent female representation at the 20 biggest publicly listed companies by the end of 2023, said Mr Kennedy, who is chairman of Irish listed companies Greencore and Green Reit.

“We are at a point where you can’t have any excuses for not doing the right thing,” he said.

Ovoca Bio, a pharma company that aims to be a leader in products marketed as treatments for female sexual dysfunction, is one of 15 Irish listed companies that currently have an all-male board.

Future board appointments at these and other companies are being monitored by the Balance for Better Business group, which is keen that its recommendations are not ignored.

Its first report, spearheaded by Minister of State for Equality, Immigration and Integration David Stanton, found that female representation on the boards of Irish listed companies was 16.4 per cent. Among executive director-only roles, some 8.8 per cent of positions are held by women.

“It would be wrong for us to set a target and sit back and wait until the end of the year,” Mr Kennedy said. Given a board appointment process can take months, “the clock is ticking”, he said.

Low board representation has been attributed in the past to a perceived lack of female interest in certain sectors. However, some of the most successful Irish companies have managed to overcome this hurdle.

CRH, despite operating in the historically male-dominated cement business, is a “leading light” on gender balance, Mr Kennedy said.

As of March, some 29.4 per cent of Irish listed companies had no female director. This was down from 37.5 per cent a year earlier.

One positive development for gender balance is that there are no longer any all-male boards among the Iseq 20 group, following the appointment of women to the boards of Hibernia Reit and Cairn Homes.

Ireland is “lagging behind” other European countries, according to Mr Kennedy, with the result that Irish companies are missing out on the “better business decision-making” and “more emotional intelligence” that comes from having more balanced teams.

Support for balanced boards is not universal throughout Irish business culture, in his experience.

“I think it has been mixed, to be very honest with you,” Mr Kennedy said. “But I think if people sit down and think about it in the cold logic of day, they will understand that this is about underutilised talent.”

The independent group, which is not yet calling for the quotas favoured by other European countries, plans to publish its second report in November.

“We have asked business to be responsible,” said Mr Kennedy. “We have set targets and have asked them to support the targets. We would prefer to do it this way.”

Future reports are also expected to monitor trends for private companies and multinationals.