Should you admit you were fired from a job? 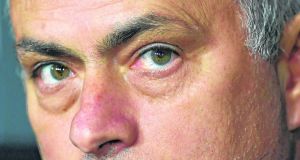 Last week Iain Conn said he was stepping down as chief executive of Centrica. Although the UK energy supplier’s shares fell to a 22-year low as the company slashed its dividend, Mr Conn said he too was leaving next year by mutual consent. “It wasn’t that the board suggested [I depart] and I agreed, we agreed together,” he said.

Steve Bannon also insisted on the BBC’s that he had quit as Donald Trump’s adviser in 2017 and had not been fired, in spite of a later tweet from the US president that Mr Bannon “cried when he got fired and begged for his job”.

By contrast, David Gower, the former England cricket star, did not pretend he was retiring as a Sky Sports cricket commentator after this year’s series against Australia. “If one was being pedantic, being retired would be more accurate,” he said. “After 20 years, they have decided not to renew my contract.”

There is some dissembling when football managers leave but no one assumes the departures are voluntary. Manchester United announced in December that “manager José Mourinho has left the club with immediate effect,” and Mr Mourinho said, “I show my deepest respect and I don’t make any comments about my former colleagues,” but every news report said he had been fired and no one contradicted it.

But what should you do when you are fired? Stick to the “mutual consent” or resignation line – or openly admit that you got the chop?

Being kicked out of a job is a blow. The room goes a little fuzzy as you receive the news. The pain eventually fades, the scar on your ego shrinks but it never entirely disappears. Being fired is a humiliation and the desire to save face is strong. Avoiding the truth is understandable.

The problem is that few people inside the organisation are fooled. The whispers of your misfortune spread around the office. People start analysing the history of your fallout with the boss or the board.

What happens next depends on how important you are. If the job you had was big enough to make you a public figure, your options are limited. Many more people know about your leaving. The analysts and the press may well ignore your protestations of an agreed departure (subject only to what their lawyers allow them to say).

But there is little reason to worry about the future of fired chief executives or football managers. They are handsomely compensated for their departures. Sacked business leaders usually end up on a few boards, or advising governments. Top football managers usually spend a while recovering before finding another club.

If you are not that prominent, you can divide how open you are about your firing into two parts: what you tell your colleagues, who have already probably guessed the truth, and how candid you are with a future employer.

The question of why you left your previous role is inevitable, and to say in a job interview that both sides agreed it was time for you to go only raises further questions. It is best not to tell the person interviewing you that you resigned if you did not. Although previous employers are circumspect in their references these days, the truth may well come out.

If you were made redundant, as part of a restructuring, you can say that. It happens all the time.

If you were fired for misconduct of some sort, you have a harder task. As part of the terms of your departure, your previous employer may have agreed just to say that you left, but there is a cloud over your future. Your prospective boss may find out. You can hope not – or be more candid, explain the circumstances and say it won’t happen again. This is a tough one.

If your departure was for less disreputable reasons, there is a case for being open: for saying you and your boss didn’t hit it off, or it wasn’t the right organisation for you, or you no longer fitted in. This may raise some doubts about your adaptability but most will understand. Few go through a life in business without ever being fired. – Copyright The Financial Times Limited 2019