How to ensure your company is not stuck in the past

Talent does not necessarily transfer well from one culture to another 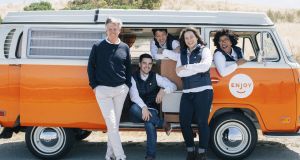 In 2011 Apple senior vice-president Ron Johnson left the tech giant to become head of the US retailing legend JC Penney. Johnson was golden when it came to building Apple’s shops into a hugely successful business, but when he tried to repeat the winning formula at his new company the chemistry didn’t work. Only 18 months in the job with rising losses and a plummeting stock price, Johnson was fired.

His fall from grace was a salutary lesson in how talent doesn’t necessarily transfer well between organisations. The reason why can be summed up in a single word – culture. Organisational culture underpins how companies behave and is broadly based on a combination of beliefs, assumptions and values. It is also influenced by internal and external forces and shaped by the attitudes, behaviour and personality traits of its leaders. Ron Johnson didn’t join JC Penney to run the business. He joined to transform it and his big mistake was assuming he could achieve this by applying the principles of startup culture to a long-established business.

The fact that it didn’t work shouldn’t really surprise us, says Dr Yeun Joon Kim, a senior lecturer in organisational behaviour at Cambridge Judge Business School, and Dr Soo Min Toh from the University of Toronto Mississauga. They are co-authors of a recent research paper on how leaders transfer their learned business culture from one organisation to another often with poor outcomes.

“Transferring the culture from their former jobs can blindside them into proposing old and ineffective solutions to new problems,” Kim says. “Leaders’ past cultural experiences colour what they ‘see’ as effective solutions for their groups when solving new problems in a new environment in which different performance standards and contingencies make the old solutions obsolete.”

The appointment of new CEOs and other C-suite executives is typically accompanied by phrases such as “offering a fresh perspective” or “bringing a new vision for the future”, but the novelty value may in fact be limited, Kim says. The new leaders often go on to create group cultures based on the limited palette of solutions they have acquired in the past. In other words, more of the same.

“Companies hire CEOs to imbue new insights and our research shows that new leaders do indeed deliver different kinds of cultural insights, but companies should also be aware that these insights are not necessarily effective given that the companies they are moving to may have a quite different set of problems and issues,” Kim says. “What worked for a CEO at his or her previous company might be a liability in the circumstances of the new company, so cultural transfer can be a big problem unless monitored.”

The study, Stuck in the past?, highlights the perennial challenge for all businesses of achieving an appropriate balance between cultural tightness, which refers to a group’s shared perception and the extent to which it has strictly enforced norms, and its opposite of cultural looseness. “Although cultural tightness increases predictability and stability in groups by establishing clear behavioural norms and reducing counterproductive work behaviour, it also inhibits constructive deviance . . . Loose cultures, in contrast, welcome heterogeneity and provide a safe environment in which members can point out work-related problems,” Kim says. “However, such loosely disciplined environments also promote counterproductive work behaviours. In other words, our research suggests that cultural tightness is a double-edged sword — it increases stability but decreases constructive changes.”

Kim’s research inevitably leads back to that perennial hiring conundrum of whether it is better to recruit from outside or to develop leadership talent from within. “If you promote from within people are already aware of the culture and are less likely to be disruptive, but innovation and creativity require disruption of some sort and if you hire from outside this increases the chance of innovation but also the chance of conflict,” Kim says. “Over time, groups gradually become less conscious of not only the origins of their cultures, but also the cultures per se. Nevertheless, cultures continuously offer implicit guidelines for how people should think, feel, and behave in groups.”

Kim’s study doesn’t go into solutions for avoiding the culture transfer pitfalls but as a specialist in organisational behaviour he has an inkling of how it might be tackled. “The culture of an organisation can be managed so it is up to the CEO or the Board to be explicit in explaining its culture to incoming leaders and to perhaps offering some training. This will help reduce the effect of their ‘old’ culture on their new organisation,” he says.

Organisations that can define their culture (and not all can) and see it as an integral part of their business model often go to great lengths to communicate it to newcomers. Induction programmes have a part to play here, but one large retail organisation has taken it a step further by using the experience of some of its retired senior executives to keep new managers culturally on track while they find their feet. It does this by pairing the newbies with an older member of staff, working together on one or sometimes ongoing projects with a view to combining the best of old and new thinking.

By the way, the Ron Johnson story had a happy ending. He survived his disastrous career move and went back to what he knew well – the startup culture of Silicon Valley where he founded e-commerce platform, Enjoy.