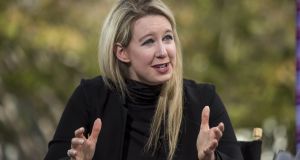 If you’re looking for an engaging non-fiction read over Christmas, look no further than Bad Blood: Secrets and Lies in a Silicon Valley Startup by John Carreyrou. This book chronicles the rise and spectacular fall of the blood-testing startup Theranos, once the darling of Silicon Valley with a $9 billion valuation.

John Carreyrou is a two-time Pulitzer Prize-winning investigative journalist who first broke the story about what was really going on at Theranos in the Wall Street Journal in 2015. In Bad Blood, he has drawn all of the intrigue, obfuscation, self-delusion and deception together to write a pacy, compelling narrative about white-collar crime that’s as incredible as any work of fiction.

Carreyrou’s book is very much a fable for our times, in which investors were so keen to hitch their wagon to the next big tech superstar that the normal checks and balances didn’t apply. What’s absolutely breathtaking about the Theranos story is just how long it took very senior figures in industry, business, finance and academia to admit that the emperor had no clothes.

“The SEC [the US Securities and Exchange Commission] accused the firm of deceiving investors into believing that its portable device could perform a broad range of laboratory tests on drops of blood pricked from a finger, when in fact it was doing most of its tests on commercial analysers made by others,” Carreyrou writes.

Theranos raised millions from supposedly savvy venture capitalists apparently blinded by Holmes’s persuasive powers. She convinced them that her revolutionary blood-testing system was going to dramatically disrupt the market and, as such, was a licence to print money. Despite scant scientific evidence to back up her claim, investors believed her and put more than $700 million into her fledgling company.

Holmes was in her early 20s when she started Theranos. She was a college dropout with no formal scientific training. She had no business experience and she ran the company like a dictatorship having created a bubble of secrecy, supposedly to protect IP and product.

The company had a board of seasoned business executives and a phalanx of experienced advisers and investors, but Holmes had them eating out of her hand. As Carreyrou puts it: “All my reporting shows that Elizabeth Holmes capitalised on the fact that she was a woman to win over the backing of these older men.” These figures included former US secretary of state George Shultz, venture capitalist Donald Lucas and Stanford University professor Channing Robertson.

Ultimately, however, the whistleblower at Theranos was not its illustrious board but young employee Tyler Shultz (George Shultz’s grandson) who called time on its activities at some cost and personal risk.

There are two places where one typically finds psychopathic behaviour: in prison and in the C-suite of large organisations, where it quickly turns the atmosphere toxic and the culture dysfunctional. So how does a board stand up to a bully if they make it to the top of an organisation?

“With great difficulty,” says Prof Niamh Brennan of UCD’s School of Business and director of its Centre for Corporate Governance. “They can be very manipulative and extremely difficult people to deal with, and what’s really surprising is just how often they get into very senior positions.

“Of course, they are usually ruthless have no hesitation in stamping down anyone else they meet on the way up the greasy pole. What’s amazing in this case is just how many people must have colluded with Elizabeth Holmes. This happens so often with human beings – Hitler, for example.

“After the banking crisis, the UK government asked Sir David Walker to do a review. In his report, he observed: ‘The chairman, EDs [executive directors] and NEDs [non-executive directors] need to be experts in the ability to observe, interpret and draw conclusions about what people are giving clues about, but not talking about: that is, interpreting what lies just below the surface.’ I think this is far too high a bar for board members. You would need a PhD in psychology.”

However, Brennan says that just because boards sometimes fail to stop the rot isn’t a good enough reason not to have them.

“I think we have to acknowledge that not all boards work as well as they should, but there are complex reasons for this. There are also layers of corporate governance. So in the case of Theranos, a lot of things must have gone wrong at the same time – just as happened with the banking crisis here. How good a board is is a function of the people around the boardroom table. As such you get the good, the bad and the ugly. By and large the good don’t make the news. You hear about it when things go wrong and that gives the impression that things are always working badly.”

Brennan runs a course in corporate governance at UCD which provides would-be board members with the educational piece around their role and responsibilities. However, she says it doesn’t follow that this will necessarily make them good board members.

“Having the knowledge is important, but being a director requires an extra thing that’s intangible and yet critically important, and that’s the issue of judgement,” she says. “There is a phrase ‘trust but verify’ and it’s possible the Theranos board, and others closer to home, trusted too much and verified too little.”