UK nationals account for largest number of PPSN allocations in 2017 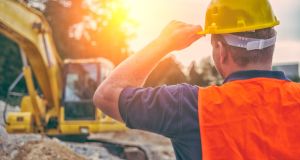 After the UK, Romanian nationals accounted for the next largest allocation last year, followed by Brazil. Photograph: iStock

Figures from the Central Statistics Office (CSO) show UK nationals, a category that includes people from the North, were allocated 15,346 PPSNs here in 2017 and that the UK has accounted for the highest number of allocations by country since 2009.

The figures, which illustrate the growing diversity of the Irish labour force, show that a total of 447,416 foreign nationals who were assigned PPSNs during the period 2002-2017 recorded some employment during 2017.

The largest numbers were employed in the accommodation and food service activities (77,032).

Separate CSO figures show net inward migration jumped to 34,000 in the 12 months to April this year, the highest level since 2008, and is playing an increasingly significant role in the expansion of Ireland’s labour force.

The CSO’s most recent Labour Force Survey showed that while employment growth among Irish nationals was running at a 2.2 per cent year on year, employment among foreign nationals was growing at a rate of 7.7 per cent .

Foreign nationals now comprise a record 16.2 per cent of total employment in the Republic.