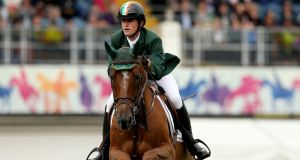 Ms Ruane will take up the role early next year following the retirement of former chief executive Michael Duffy.

She has been chief operating officer of Trinity College since 2013 where she has had responsibility for the overall strategic leadership, management and organisation of the university’s professional service functions. She was previously chief executive at Ordnace Survey of Ireland.

RDS president Prof J Owen Lewis said Ms Ruane would bring great experience to the role. “Not only will her natural people skills be so valuable, but her financial and operational experience will directly translate to the RDS,” he said.

“But, as importantly, her time spent in the private sector, in tertiary education and on boards such as Science Foundation Ireland, will be of distinct value to the work we do as RDS Foundation.”

Commenting on her appointment, Ms Ruane said: “The RDS is so well established and matters to a great many people throughout Ireland and beyond – we all have our own RDS story – so I’m delighted to be appointed to this role.

“This has been a year of great change and great challenges, and it has been impossible to ignore the disruption caused to the events industry, within which the RDS venue is a major player.