Regional airlines among the hardest by Covid-19 travel restrictions 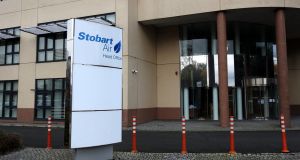 Stobart Group is reportedly buying 49 per cent of Stobart Air back in a move that could give it control of the airline. Photograph: iStock

Predictions that Covid-19 travel restrictions would hit regional airlines hardest have proved right in the Republic at least. Cityjet last week sought court protection from creditors to allow it to restructure and prepare for the lifting or easing of travel bans.

Many observers believed that Stobart Air, which flies regional services for Aer Lingus, would take the same step and seek to have an examiner appointed at some point. That airline’s situation is more complicated than that of Cityjet.

UK transport business Stobart Group bought it from examinership in 2010 when it was called Aer Arann, renaming it several years later. Stobart Group sold the airline early last year to Connect Airways, which the transport group established along with Richard Branson’s Virgin and other investors.

Connect was set up to rescue Flybe, a British regional airline, and help reposition Stobart Group as an aviation business. However, Flybe and Connect are now in administration, a corporate rescue system used in the UK, where the companies are registered.

Stobart Group is reportedly buying 49 per cent of Stobart Air back in a move that could give it control of the airline, which is based in the Republic, and therefore not part of either administration process.

This is all very well, but it doesn’t really solve several problems. Stobart Air leases its aircraft for about €14 million a year, but is now earning little revenue from flying.

Stobart Group guarantees those lease payments along with other liabilities, which means that it has to pay creditors should the airline be unable to do so. The bill for this could threaten the transport business’s own future.

At the same time, Stobart Air will have to rely on support from its biggest customer, Aer Lingus. The contract between the pair is due for renewal by 2022. Just how Stobart Group’s purchase of a stake in the airline answers any of these questions is not clear. Either way, Stobart Air is facing into a fair degree of turbulence.