Numbers increased in all airports except Shannon 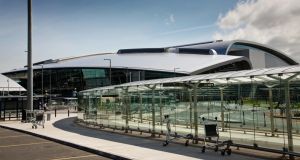 More than 38 million passengers travelled through the State’s main airports last year, a number that appears unlikely to be replicated for the coming years.

Central Statistics Office data released on Thursday showed that the number of passengers that travelled through airports in the Republic was up 4.2 per cent on the previous year, with numbers increasing in all airports except for Shannon which saw a decline.

Last year, almost nine in every 10 passengers on international flights travelled to or from Europe with the UK and Spain being the most popular countries of origin. Outside of Europe, the US was the most popular destination.