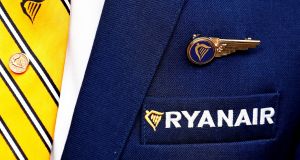 Ryanair has vowed to challenge two rulings that threaten to cost the airline more than €10 million in total.

EU competition regulators on Friday ordered France to recover €8.5 million in illegal aid granted to Ryanair at Montpellier airport because it gave the Irish low-cost carrier an unfair advantage.

Meanwhile an Italian court confirmed a €1.85 million fine imposed on Ryanair by the country’s anti-trust authority stemming from the airline’s decision to cancel numerous flights in September and October 2017 following mix-up in pilot rosters.

Responding to each ruling yesterday, Ryanair said: “We have instructed our lawyers to appeal this decision”. The combined cost of both comes to €10.35 million.

Ryanair served Montpellier airport in the south of France until April 2019. The European Commission started an investigation following a complaint from a rival airline.

The EU antitrust enforcer said the case centred on about €8.5 million paid to Ryanair and its subsidiary AMS between 2010 and 2017 by the Association for the Promotion of Touristic and Economic Flows for promoting Montpellier and the surrounding area on the airline’s website.

The association is funded almost entirely by regional and local public entities which control the use of its budget.

In Italy, local news agency Ansa reported that a court in Rome rejected appeals by the airline to the fine levied by Italian antitrust authorities for unfair commercial practices after it cancelled flights due to previously known organisational or management issues.

Anti-trust authorities said Ryanair misled passengers by offering to either refund or change the ticket, without informing them of further rights to compensation. Under EU regulations, passengers are due compensation for cancelled flights if informed within 14 days of the scheduled departure, as long as the airline cannot claim extraordinary circumstances.

Separately, the Portuguese cabin crew trade union SNPVAC said on Thursday its members in Ryanair would go on strike for five days from August 21st.

The industrial action comes as Ryanair pilots in Ireland and the United Kingdom are holding ballots on a possible strike in August.

The potential industrial unrest at the airline threatens major disruption in the peak summer season as holidaymakers return home for the start of the new school year.

Ryanair, Europe’s largest low-cost carrier, suffered a series of damaging strikes last year. Management says significant progress has been made since, with collective labour agreements concluded with a number of pilot unions throughout Europe.

But SNPVAC said Ryanair has refused to comply with a protocol signed last November, that it said included holiday pay, 22 days of annual leave per year and full compliance with Portuguese parental law. Ryanair did not comment on the Portuguese union’s move. – Additional reporting: Reuters