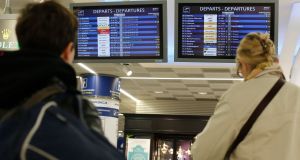 There have been 29 days of strikes by air traffic controllers this year – 22 of them in France. Photograph: Getty Images 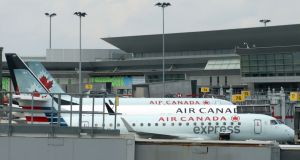 Air Canada has been named the best airline in North America for the seventh time in nine years. Photograph: Daniel Slim/AFP/Getty Images).

EU tourism associations have voiced concerns over the impact of strikes by Air Traffic Controllers. There have been 29 days of strikes in the first six months of 2018 – 22 of them in France – causing delays and cancellations affecting millions of travellers.

Pawel Niewiadomski, a member of the Network for the European Private Sector in Tourism (NET), said: “We are concerned about the increasing number of ATC strikes that result in major travel disruptions for our customers. In the midst of the busiest tourist season, ATC strikes cause major delays for millions of holidaymakers, many of which are families with young children”.

The online tool from the SecurityMetrics customer portal is a quick and easy option for Travelport-connected agents to get started and complete a self-assessment questionnaire on their payment processing environment. Merchants and agents can then show proof of compliance through the completion of an Attestation of Compliance.

Air Canada was named Best Airline in North America for the second consecutive year at the 2018 Skytrax World Airline Awards ceremony in London. It is the seventh time in the past nine years the carrier was selected as the best in North America by the World Airline Awards, which are based on passenger satisfaction surveys of approximately 20 million global travellers.

Stena has decided to exercise its option to build a seventh and eighth E-Flexer vessel. The two vessels will be deployed within Stena Line’s route network with a planned delivery in 2022. Additionally, Stena RoRo has taken an option on the construction of a further four E-Flexer vessels also to be built at Avic Weihai Shipyard in China.

“At this stage we haven’t decided where within our route network these two vessels will be deployed and are currently evaluating several options,”says Niclas Mårtensson, CEO Stena Line.

Air Nostrum and CityJet have signed a Heads of Terms agreement with the aim of bringing about closer co-operation between the two airlines under the umbrella of a new holding company. Such a development will be subject to obtaining the requisite regulatory approvals.

The coming together of these two regional airlines would see the creation of the largest pan-European regional airline group. Air Nostrum, which employs 1,450 people, is especially well known as the regional operator for Iberia under a longstanding franchise agreement flying to more than 60 destinations within Europe and Africa.