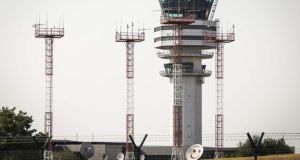 Ryanair, and Aer Lingus owner IAG, are joining with other airlines and travel industry groups to campaign against air traffic control strikes, which are hindering flights across Europe.

Striking French air traffic controllers have caused thousands of flight cancellations and delays across the Continent this year, leading airlines to complain to the European Commission.

Ryanair, IAG, Easyjet and Wizz Air have all filed complaints with Brussels arguing that France is restricting freedom of movement within the EU.

The airlines say they are not questioning the right to strike, but believe France is breaking EU law by not allowing flights over the country during strikes.

“Passengers on overflights are being denied their fundamental freedom to travel between member states not affected by strike action,” said a statement issued on the airlines’ behalf.

The number of French air traffic control strikes has trebled this year. Last month the country’s senate confirmed it was responsible for one in every three flights delayed in Europe.

“It’s not only customers flying in and out of France who are affected during French air traffic control strikes,” he said.

“Passengers on routes that overfly France, especially the large airspace that covers Marseilles and the Mediterranean, are also subject to delays and massive disruptions.”

“When Greece and Italy have air traffic control strikes, overflights continue as normal. Why won’t France do the same?” he asked.

Mr O’Leary accused air traffic control authorities, particularly in Britain and Germany, of using adverse weather and euphemisms such as “capacity restrictions” to hide that they were not rostering enough staff to cater for scheduled flights.

He called on the European Commission and governments to act to ensure that air traffic controller authorities were fully staffed and that strikes did not hit affect overflights.

The Network for the European Private Sector in Tourism, a group of travel trade associations, has joined Airlines for Europe in demanding action on the strikes.

The network said that in the first half of 2018, 29 air traffic control strikes – 22 of them in France – hit millions of passengers through delays and cancellations.

Pawel Niewiadomski, president of ECTAA, the group of EU national travel agents’ and tour operators’ associations within the EU, said the organisation was concerned at the increasing disruption.

“Air traffic control strikes cause major delays for millions of holidaymakers, many of which are families with young children,” he added.

Susanne Kraus-Winkler, president of Hotrec, which represents Europe’s hospitality industry, pointed out that the strikes hit other businesses.

1 How can I view my dead brother’s will if I’m not the executor?
2 Investors pile into property as turnover in build-to-rent sector reaches €2.54bn
3 Kerry’s Chinese sales set for 30% hit from coronavirus
4 Provisional liquidator appointed to Dublin engineering firm
5 Analyst doubles projection for Tesla shares to $1,200
6 Bank of Ireland staff in line for 2.95% pay increase
7 Bursting of Tesla bubble a case of ‘not if, but when’
8 HSBC to slash 35,000 staff in dramatic overhaul
9 Flutter’s planned merger with Stars gets informal approval in Australia
10 Must you pay a price for ethical investment?
Real news has value SUBSCRIBE