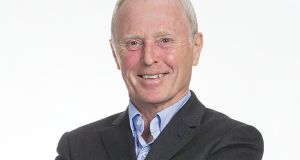 Bill Wolsey of the Beannchor Group

More than 42 years ago, Bill Wolsey opened his first bar in Bangor. That bar would ultimately form part of the Beannchor Group, which now owns more than 40 pubs, a chain of restaurants as well as some four- and five-star hotels including Belfast’s Merchant Hotel and has a turnover in excess of £30 million.

Today, the group Mr Wolsey founded is one of Northern Ireland’s largest employers in the hospitality industry and Mr Wolsey, a self-made entrepreneur, has won a raft of accolades for his services to business including an honorary doctorate and an OBE.

Aside from his work in the business, the businessman, who played for Arsenal for a brief period, gives significant time to supporting community initiatives in Northern Ireland to break down barriers and divides. He’s also a keen supporter of the arts and is passionate about music, culture and heritage.

Aside from the Merchant Hotel, the Beannchor Group owns pubs including the Dirty Onion, National Grande Cafe and the Garrick. It also owns the Bullitt Hotel in Belfast, a brand it plans to bring to Dublin in the not-too-distant future.

What vision/light bulb moment prompted you to start in business?

I disliked working for other people and wanted to run my own business. I could see great potential for a higher quality hospitality offering than was available at the time.

Staff retention is a challenge in the hospitality industry, so I take great pride in the fact that Beannchor has the highest staff retention in our industry and that we are playing a key role in promoting hospitality as a meaningful career and not a transient, part-time job.

When I started out I never sought or received any advice. Although someone once said to me “never stroke a burning dog”. Nowadays I’m surrounded by people offering advice, which at times can be hugely valuable.

We grow as opportunities present themselves and if they add value to the business, not growth for the sake of growth. We think there are huge opportunities to grow both the Bullitt and Little Wing brands to markets outside of Northern Ireland.

Have you started to feel the effects of the economic upturn within your sector?

We have seen an influx of tourism and this has had a positive impact on our revenues. However, on the other side we have seen huge increase in our cost base and we are confronted with staff shortages across our sector. It continues to be a challenging but exciting environment for business in the hospitality industry.

Setting up and running my first pub in the darkest days of our “Troubles” in Northern Ireland.

“Red tape” that hampers growth most:

This may not be red tape, but our lack of a government is significantly hampering growth. And even when we did have one, they did not recognise the true economic value of the hospitality sector.

I admire Warren Buffet; a man who lives simply, has an incredible eye for spotting an opportunity and is encouraging and supportive to his workforce, which creates great loyalty.

Brexit dependent, we will hopefully show continued growth, albeit aired with caution as a result of challenges in staff shortages and increased competition.

What keeps you awake at night (if anything)?

1 How can I view my dead brother’s will if I’m not the executor?
2 Provisional liquidator appointed to Dublin engineering firm
3 Investors pile into property as turnover in build-to-rent sector reaches €2.54bn
4 Bursting of Tesla bubble a case of ‘not if, but when’
5 Kerry’s Chinese sales set for 30% hit from coronavirus
6 Bank of Ireland staff in line for 2.95% pay increase
7 Apple’s coronavirus sales warning hits global markets
8 Finance Ireland plans stock market flotation in May
9 Must you pay a price for ethical investment?
10 Parties’ media policies a mixed bag of the ambitious and the stale
Real news has value SUBSCRIBE