Tour operator, which was established in 1996, had revenues of more than €40m last year 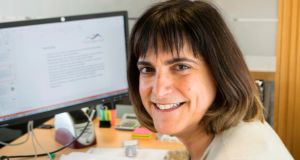 MML Capital Partners Ireland (MML), an Enterprise Ireland-backed fund, has invested up to €12 million for a controlling stake in tour operator Travel Department.

The investment, which is expected to complete before the end of March, is the 10th made by the €125 million fund, whose other backers include AIB and a number of international investors.

MML provides capital to businesses for expansions, acquisitions, shareholder reorganisations, recapitalisations and management buyouts within the range of €2 million to €12 million. Other recent investments made under the fund include deals involving Fastway Couriers, Prim-Ed Publishing and Identigen, a food-tracking business in which financier Paul Coulson previously had a stake.

The existing management team is to stay with the business with company founder Bob Haugh also continuing as an investor.

“We are backing a market leading business led by an experienced team with a very strong understanding of the market and their customers, and with significant ambitions for the future,” said Neil McGowan investment director at MML.

Livingstone advised Travel Department shareholders while Byrne Wallace acted as legal advisers to MML and Dillon Eustace and Osborne Clarke acted for the company itself.