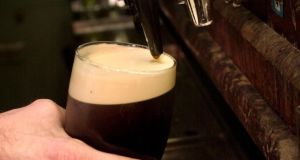 ‘It seems cruel to keep small, local pubs closed due to the extreme caution of doctors and Ministers.’ Photograph: Dara Mac Dónaill

Business failure always leads to human suffering and sometimes even tragedy. Our political leaders and their medical advisers would be wise not to be too dismissive of businesses, such as publicans, who warn that draconian anti-virus restrictions will cause needless insolvencies. These things matter.

Over time I have become more sensitive to how I report on business failure, especially SMEs. For me, a business going bust is just another story. For those involved, it may be the worst moment of their lives so far.

Personal experience in my role as a journalist has taught me to be mindful of the human devastation that may be bubbling beneath the surface when a business goes under. During the last financial crisis, the mental health of many business people suffered when their companies failed.

Some even took their own lives. They probably could have worked through their financial difficulties. But you cannot retrospectively apply financial logic to tragedies that defy all reason. Those people were consumed by inner turmoil and it will never make sense to anyone but them and their mindsets at the time.

The true causes of such tragedies are usually complex but they are often inextricably bound up in the failure of a business. That tragedy is compounded if a person involved has misconstrued a business failure as a personal failure, causing them to feel a slur against themselves. That must be hard to take.

I will never forget the lesson that such tragedies of the last financial crisis taught me: a business failure is a human event as much as it is a financial one.

In the years since, I have met many ordinary people who have lost their businesses. I try not to flinch when reporting it, if the story is in the public interest. But I view those situations a little differently now compared to the past.

Thankfully, the overwhelming majority of these cases don’t lead to anything as extreme. But if you look closely at these people when they are describing their experiences, you may notice the lines on their face, the glassiness of their eyes, or the occasional quiver in their tone. It is a very peculiar form of grief, borne of humiliation and regret.

Most people pick themselves up, but some stay haunted and have difficulty moving on. I often write about businesses, but I know now I should never own one because I suspect I, too, would struggle under the weight were it to fail.

I found myself thinking of these matters recently during the ongoing debate over whether pubs and other businesses can be safely reopened during the pandemic. Many in the media and politics roll their eyes whenever the publican lobby rolls into town. These guys rarely seem satisfied. But often our cynicism is not warranted and we would be better off rolling our eyes at the mirror instead.

This week, politicians including Kerry TD and publican, Danny Healy-Rae, and his Independent colleague, Mattie McGrath, criticised new laws to penalise publicans who breach anti-virus regulations. They reserved most of their vehemence for the parallel fact that 3,500 pubs – mostly rural locals – have not been allowed by the Government to reopen at all because they don’t serve food.

Healy-Rae, in particular, was incandescent at the detrimental effect that he says the open-ended closure of a local can have on the mental health of some men, especially older men in rural areas who have few other social outlets. Many of those men will be no strangers to the curse of loneliness.

The publican lobby, through the Licensed Vintners Association and the Vintners Federation of Ireland, has also highlighted the fact – and it is an incontrovertible fact – that these pubs will go out of business unless the Government either allows them to open safely, or compensates them properly for the commercial destruction wrought by the most cautious anti-virus regime in Europe.

If these SMEs are let go under, their owners will inevitably suffer.

A Chambers Ireland survey early on in the pandemic found that 60 per cent of businesses were already in negotiation with their creditors. In devastated sectors such as pubs, that is now probably closer to 100 per cent. What business can stay shuttered for more than six months without teetering on the brink?

The Government has promised the whole sector a paltry €16 million in compensation but even most of that is shameful spin – the majority of the “assistance” is eaten up by the waiving of State operating fees for businesses that the State won’t allow to operate.

The retort is always that the Government and its medical advisers in NPHET are, in good faith, following science. Pubs can be crowded indoor spaces where alcohol disinhibits customers and the virus can move freely. That presupposes that this outcome is a certainty if we reopen pubs in Ireland. However, in most of the examples cited as justification, such as South Korea, alcohol-linked outbreaks can be traced back to packed nightclubs and dancefloors, not modest local bars, which are the pinch point here.

The closest pub culture to our network of locals is in Britain. They reopened their pubs two months ago. In recent weeks, the British have got a handle on their anti-virus response and their 14-day incidence of infections is now lower than here. So it is not an inevitability that the reopening of pubs leads to disaster, if it is done carefully and the guidelines are surgical. But how can we perform surgery wielding only the mallet of blanket closure?

It seems cruel to keep small, local pubs closed due to the extreme caution of doctors and ministers, given the horrendous consequences for those businesses and their owners. I suspect I will meet many more business people in the coming year with lined faces who speak in quivering tones. Some will be publicans.

We should not wave our hands in dismissal of their plight. Policymakers, and the most nervous among the public, cannot justify this forever by citing the danger of the virus. The Government has a moral responsibility to strive for ways to facilitate the safe reopening of all businesses, or else it must pick up the tab. To do otherwise is callous, as business failure means inevitable human suffering.

The more sympathy that ministers express while doing nothing to help, the more callous they seem.