Caveat: New Zealand’s lockdown relapse shows there is no easy way to avoid living with Covid-19 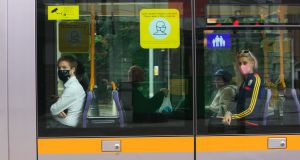 Stopped in our tracks: the threads that bind society and the economy will fray if we don’t look beyond Covid-19 every once in a while, and seek out ways to get things done. Photograph: Gareth Chaney/Collins

We are all epidemiologists now, or at least we think we are. Just as we were all bond strategists during the financial crisis a decade ago, and your average taxi driver could riff coherently about the wisdom of defaulting on senior bank debt. Now, everyday conversations revolve around reproduction rates, 14-day virus incidences, and the propensity for airborne transmission in enclosed spaces.

Of course, our new-found expertise is illusory. If you had asked most people six months ago to explain the difference between an epidemiologist and a dermatologist, they would have shrugged and poured you another whiskey.

There is a difference between using the lingo of experts and truly understanding what it all means. Most of us will never properly comprehend the dynamics of a virus outbreak.

Yet we don’t always have to have a molecular understanding of what experts say in order to make reasonable judgments about how, or to what degree, to build their advice into our lives. We use our common sense to parse expertise. For example, doctors are medical experts, but we all ignore them occasionally if their lifestyle edicts teeter into the peevish. Solicitors are legal experts, yet if newspapers always followed every scrap of their advice, they’d struggle to produce certain hard-hitting articles.

As well as saving lives, it is important that we live

And, yes, epidemiologists are experts in disease outbreaks. But if we had followed the advice of every epidemiologist and virologist who surfaced over recent months, we would probably not have reopened much of the economy this summer, we’d all still be under some form of movement restrictions, and we probably wouldn’t be contemplating fully opening schools in the coming weeks.

Some will insist we still shouldn’t, but that degree of caution seems misguided. The threads that bind society and the economy will fray if we don’t look beyond Covid-19 every once in a while, and seek out ways to get things done, instead of cowering behind ways to do nothing. As well as saving lives, it is important that we live. And, one way or another, we may have to live with Covid for a long time.

Some epidemiologists and other medical experts believe that those of us who push this message are foolhardy. But we are not alone: there appears to be no major public clamour for a return to draconian measures, even for the uncertain prize of total victory over the virus, if that were even possible.

People and businesses are capable of listening to experts and then weighing risk in their own spheres. Judging from the green shoots of commerce that we have seen recently, many appear to have calculated that it is worth it to venture out in search of some semblance of a new normality.

It is better to progress while burning your fingers through trial and error, than swaying like reeds in the wind with every dire medical warning. There is still fear out there, but given the risk, it is not irrational.

People who advocate for economic and social reopening are, in general, not reckless know-nothings willing to sacrifice their grannies for a long weekend in Barcelona

The tension between these two schools of thought is evident in a phony public debate that is happening at the moment. On one side there is a coterie of medical experts, including epidemiologists, who want Ireland to seek “zero-Covid” status by taking aggressive measures to totally eliminate the virus.

On the other are those who fear the long-term economic and social scarring of some proposed measures, such as what effectively amounts to travel bans, and want policymakers to pursue a more pragmatic path.

The debate is essentially a phony one because while it does initially appear as if the camps are on different sides, it isn’t really the case. We all want the best result for the largest number of people.

Epidemiologists and virologists are not scaredy-cat killjoys who get their kicks from needlessly frightening the life out of people. Their expertise gives them a clear picture of the danger ahead, and they want to quash it.

Similarly, people who advocate for economic and social reopening are, in general, not reckless know-nothings willing to sacrifice their grannies for a long weekend in Barcelona. Some, such as many highly-experienced business people, just have varying degrees of insight into the needs of a functioning liberal economy and appreciate the risks that arise when you deprive it of oxygen for too long. Everything will be smothered unless we’re careful.

Ireland must now chart a way forward. One of the drawbacks of living on a small island full of neurotic Celts is that we are too quick to look abroad for templates to copy. The most committed of libertarians among us, for example, would prefer if we went for something such as the Swedish strategy when fighting the virus. Meanwhile, the zero-Covid experts counsel that we should follow the Taiwanese approach or – their favourite example – New Zealand, which after effectively sealing its borders following a short but hellish lockdown, recently reached 100 days without any community transmission of the virus.

But even after locking down its borders and suspending a range of what would normally be considered standard civil liberties, such as the ability to travel freely, New Zealand this week put its largest city, Auckland, and its 1.4 million inhabitants, back into a strict lockdown after the discovery of just four new virus cases. It also reintroduced lesser restrictions across the rest of the country.

Four new cases. That’s all it took. If the renewal of such draconian and illiberal restrictions is the ever-present threat required to maintain Covid-free status, then I’m not sure that it is worth the price.

It seems like the national equivalent of having a brand new car, but being too terrified to drive it in case it gets a scratch.

Many people would rather we eschewed the New Zealand way, and the Taiwanese way and whatever other ways there are, and developed our own way, tailored to the unique make-up of Irish economy and society.

Our entire economic and social model is built upon interacting with the rest of the world as much as we can. Irish people have always considered ourselves to be pragmatic. Our anti-virus approach should be, too. We must fight our own fear as hard as we fight the virus.