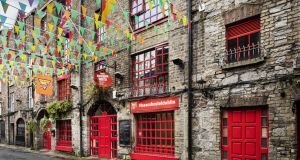 A 290-bed hostel in Dublin’s north city centre has been sold for €9.7 million through property agents JLL.

Isaacs Hostel in Dublin 1 has been sold to a “reputable” hostel group, which was not named, for about €200,000 over the asking price. The hostel sale represents Ireland’s largest for a single property this year.

The 53-dormitory hostel, located near both Busáras and Connolly Station, opened in 1985 and was housed in a converted 19th century wine store. It has common rooms, a games room, a fully equipped self-catering kitchen, bathrooms on every floor, luggage lockers, and a sauna.

The sale follows that of a portfolio of Barnacles hostels which changed hands for more than €12 million, around €1 million more than the guide price. The Dublin Barnacles hostel in Temple Bar, which made more than €8 million, included 171 bed spaces across 35 rooms and three floors.

“We received numerous bids from both national and international investors and this significant transaction is yet another confidence boost for the Dublin hostel market, a sector which is attracting significant investor interest presently,” said JLL hotel agent Jack Fox.

Isaacs Hostel was originally developed as Dublin’s first independent holiday hostel and was sold on behalf of its receiver, Jim Hamilton.