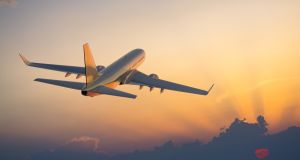 The volume of trips by Irish residents abroad in January fell to 536,900. Photograph: iStock

The volume of Irish tourists travelling abroad fell in January fell while inbound tourist numbers increased by more than 11 per cent, according to figures from the Central Statistics Office (CSO).

Some 651,300 people travelled to the Republic in January, an 11.2 per cent increase on the same month in 2018 with British and other European tourists making up the bulk of that.

And while the Republic witnessed an inbound tourism boom, trips by Irish residents abroad during January, 2019 fell by 2 per cent to 536,900.

The CSO’s monthly overseas travel survey is conducted at Dublin, Cork, Shannon, Knock and Kerry airports and Rosslare, Ringaskiddy and Dublin seaports. It doesn’t include travel by residents of Northern Ireland into or out of the Republic or domestic travel within the Republic.