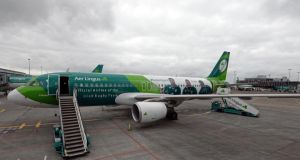 IAG received valid acceptances of the offer for 98.05 per cent of the existing issued share capital of Aer Lingus.

Shareholders will receive a cash payment of € 2.50 for each share held, and a cash dividend payment of 5 cents per share.

Aer Lingus shares are expected to be delisted from the Irish Stock Exchange by September 17.

IAG first launched a €1 billion bid for the airline in December 2014, which was rejected on the grounds that it “fundamentally undervalued” the airline.

The group later upped its bid and ultimately succeeded in getting approval from the major shareholders in the airline, including the Government’s 25.1 per cent stake.