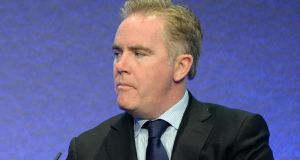 Aircraft financier Avolon is borrowing a total of $8.5 billion (€7.9 billion) to pay for the purchase of rival CIT’s leasing arm that it announced in October.

Avolon is buying US group CIT’s aircraft financing business for $10 billion in a move that will transform the Irish-headquartered company into the world’s third-biggest air leasing group with a fleet of 910 planes worth $43 billion.

At the same time, Avolon is borrowing $5.5 billion from a number of banks that it will combine with the bonds and $3 billion in equity from its parent, Chinese group Bohai Capital Holding.

In a statement on Friday, Avolon said that it would use the cash to buy the CIT division, known as C2 Aviation Capital, and to pay related fees and expenses. It added that subsidiaries of the business it is buying will guarantee the bonds that it is issuing.

The Irish group was tipped as a possible suitor for C2 Aviation more than a year ago when it emerged that CIT was putting the division up for sale. Founder Dómhnall Slattery signalled at the time that Avolon wanted to increase its balance sheet beyond $40 billion and would have to buy other players to do this.

Announcing the deal in October, Mr Slattery pointed out that the business had gone from a standing start to a leading global player in six years. He established Avolon in 2010 with the backing of a number of private equity investors.

Avolon raised $1.6 billion when it launched on the New York Stock Exchange in December 2014. Chinese player Avic approached it with a $30 a share offer just eight months later, in August. However, Bohai, part of China’s HNA Group, subsequently trumped this with a $31 a share bid.

Avolon’s bonds will be tradable and it intends registering them so that they can be sold to institutional buyers that qualify under US securities law. The CIT purchase is subject to the approval of Bohai’s shareholders.

1 Michael Smurfit: ‘I asked Trump to invite me to the White House for my 80th birthday’
2 ‘I’m so lucky to be in the Caribbean – a million miles from Derry Girls’
3 ‘The recovery needs to be a full-scale economic renewal’
4 Tax and the Pandemic Unemployment Payment: Your questions answered
5 Ryanair expects air fares to fall when flights take off again
6 Minister calls on EU to act against tobacco firms ‘undermining’ menthol ban in Ireland
7 Household savings soar as consumers stop spending
8 Lioncor gets planning permission for ‘house of Europe’ project
9 Small businesses are cannon fodder in zealous anti-virus experiment
10 Joint accounts: if one of us dies, can the other access the money?
Real news has value SUBSCRIBE