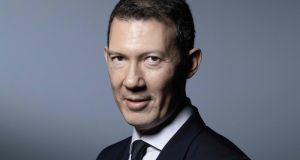 Air France-KLM said on Tuesday it would expand its budget Transavia line and push its core French carrier further into premium air travel as it looked to boost sales, while shaking up its fleet in a bid to lift profit margins.

After a wave of 2018 strikes that grounded flights and cost €335 million, the Franco-Dutch group has stabilised under chief executive Ben Smith, a former Air Canada boss, thanks to union deals that have pushed up wage costs but increased operating flexibility.

In his first major strategy presentation, Mr Smith vowed to look at restoring dividends, which the firm had not paid out since 2008, once operating income reached €1.9 billion. It came in at €1.3 billion in 2018.

He also wanted to lift profit margins to 7-8 per cent over the medium term. Air France KLM’s operating margin came in at 4.8 per cent for the first nine months of 2019, a 1.7 point decline from the same period a year earlier. – Reuters