Ford returns to profit in Ireland as revenues increase 6.5% 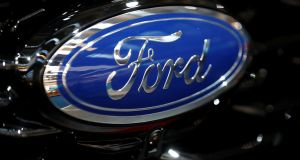 However, up to 20 job losses are expected at the company’s Cork head office as part of a major restructuring currently underway, with greater responsibility for its Irish business largely falling under the control of Ford UK.

The move is part of a global cost cutting exercise at Ford, with an estimated 10 per cent of its workforce being cut in an attempt to stem losses outside of the US and restructure the company for the age of electric motoring, where it lags behind rivals..

Based in Cork, the company was founded in 1917 by Henry Ford and was the first location outside the US, selected because his grandfather emigrated from the county.